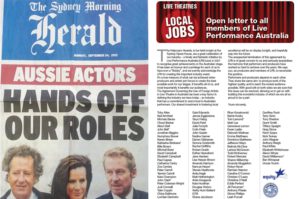 Australian performers are deeply concerned about the number of performers being imported to work on local musical productions and have given their union an overwhelming mandate to take action. 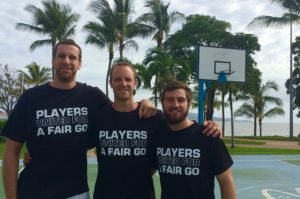 After four years of negotiations, the Australian Basketballers’ Association, an initiative of the Media, Entertainment & Arts Alliance, has an approved three year agreement for its National Basketball League players that improves player salaries, improves a player’s ability to sign to another club when they’re released from a club and increases notice periods for training and promotional appearances. 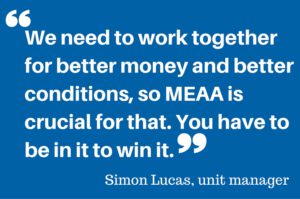 Simon Lucas is a unit manager and has worked on some of the biggest films shot in Australia including The Matrix and Wolverine. He chats to MEAA about why he’s a proud member and dispels a few mysteries about the unit department for us.

Election 2016: how the policies compare 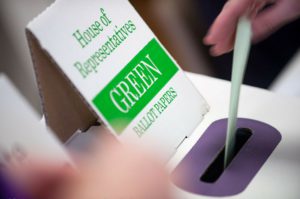 After examining the arts, screen and media policies of the major parties, MEAA has produced this scorecard.
Read More 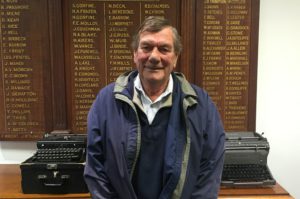 Brendon Cole has been a MEAA member at the Melbourne Cricket Ground for 27 years, as an ex-chief inspector at the Victorian Police, he brings with him patience when dealing with unruly patrons and drive to achieve successful outcomes when up against management in EBA negotiations. MEAA sat down with Cole recently to find out why being a MEAA member is ...