For decades MEAA has been the union for people working across the arts, entertainment, sports, outdoor, music and events industries – those behind the scenes and on centre stage.

As the largest and most established union and industry advocate for creative professionals, we successfully campaign on major issues, fight for our members’ rights at work, stand up for workplace health and safety and advocate for protecting employment opportunities.

Fiona Donovan is the Federal President of the Entertainment, Crew & Sport section. She was elected in 2019. Fiona has worked in the Australian screen industry for three decades as a production designer and art director on productions ranging from local TV series like A Place To Call Home to offshore features such as Pacific Rim: Uprising. As well as serving as a federal councilor, she has been a member of the offshore template agreement negotiating committee, Get Real on Rates campaign committee, and is vice-president of Australian Production Designers Guild.

Kelly Wood was appointed Director of Entertainment, Crew and Sport in 2019. She started work as a union organiser in 2002 after being an active workplace delegate, and has been working for MEAA since 2006. She has worked with crew, technicians and creatives in the ECS section since 2013, including on negotiations for a template agreement with the major Hollywood studios, MEAA’s campaign on rates in the local screen industry, and policy campaigns on import rules, local content, and tax incentives.

Why I’m a member… 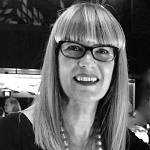 “Since joining MEAA many, many years ago, I’ve been actively involved with the NSW Branch Council and the various screen technician committees and seen all the amazing work that goes on behind the scenes. I’m very proud to be a member when I’m so well represented and supported by the MEAA staff.” Jenny Ward is a freelance sound editor. 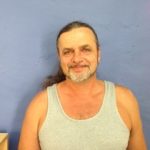 “I believe in the ideals of the union – my father did, my grandfather did, and so did my great grandfather. Individually we are weak, collectively we are strong.” Scott Smith is a head follow spot and theatre lighting technician. 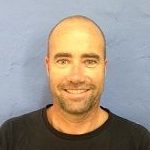 “Collective agreements work – I’ve seen it firsthand. We are stronger together. I’m a MEAA member to maintain our conditions and to keep the industry alive.” Will Gregory is a theatre technician at the Sydney Opera House. 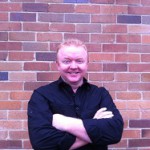 “It’s great to see the union keeping pace with the changes to our industry. Membership is on the rise because technicians can see the need and benefits of representation in a changing work environment. I encourage everyone to get involved and be part of positive future.” Arthur Spink is a special effects workshop supervisor.

Your MEAA is as strong as YOU make it.