Federal Council is made up of the representatives from across the country and across every section of the union who are elected by MEAA members every two years. 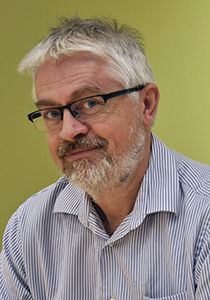 Now retired as a full-time musician, Simon played viola for the Melbourne Symphony Orchestra for more than three decades.

He began his career as a professional musician at the Adelaide Symphony Orchestra in 1978 and quickly became active active with the Musicians’ Union of Australia.

He was an instrumental figure in the creation of the Symphony Orchestra Musician Association (SOMA) in the mid-1990s.

As Federal President, Simon’s responsibilities include signing off on MEAA’s financial accounts, chairing meetings of the board and the Federal Council, and representing MEAA on various forums. Karen was elected President of MEAA Media in 2022.Shas been a journalist for 35 years. She has worked for the ABC as a local reporter in Adelaide, Alice Springs, Darwin, Sydney and Melbourne, as well as the national broadcaster’s South East Asia Correspondent from 2006 to 2009. From 2010 to 2013 she was a freelance correspondent based in Moscow working for a number of clients including Radio NZ, SBS, Deutsche Welle, CBC, Radio France, RTE. She is a director of the Walkley Foundation and chair of the Dart Centre Asia Pacific. Jason is an actor, director and producer who has worked nationally and internationally with Australia’s leading theatre companies and has been the artistic director of Grin and Tonic since 2011. The Queensland-based theatre company delivers critically-acclaimed mainstage productions, as well as workshops to over 60,000 school students per year. Jason has been a member of MEAA for nearly 20 years serving on the Queensland Branch, National Performers Committee and the MEAA Board. He was appointed Equity President in 2020 and elected in 2022. 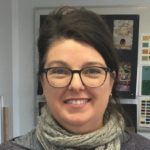 Fiona has worked in the Australian screen industry for three decades as a production designer and art director on productions ranging from local TV series like A Place To Call Home to offshore features such as Pacific Rim: Uprising. As well as serving as a federal councilor, she has been a member of the offshore template agreement negotiating committee, Get Real on Rates campaign committee, and is vice-president of Australian Production Designers Guild. She was first elected in 2019 and re-elected in 2022. 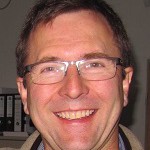