The winners of the 2022 WA Media Awards have been announced 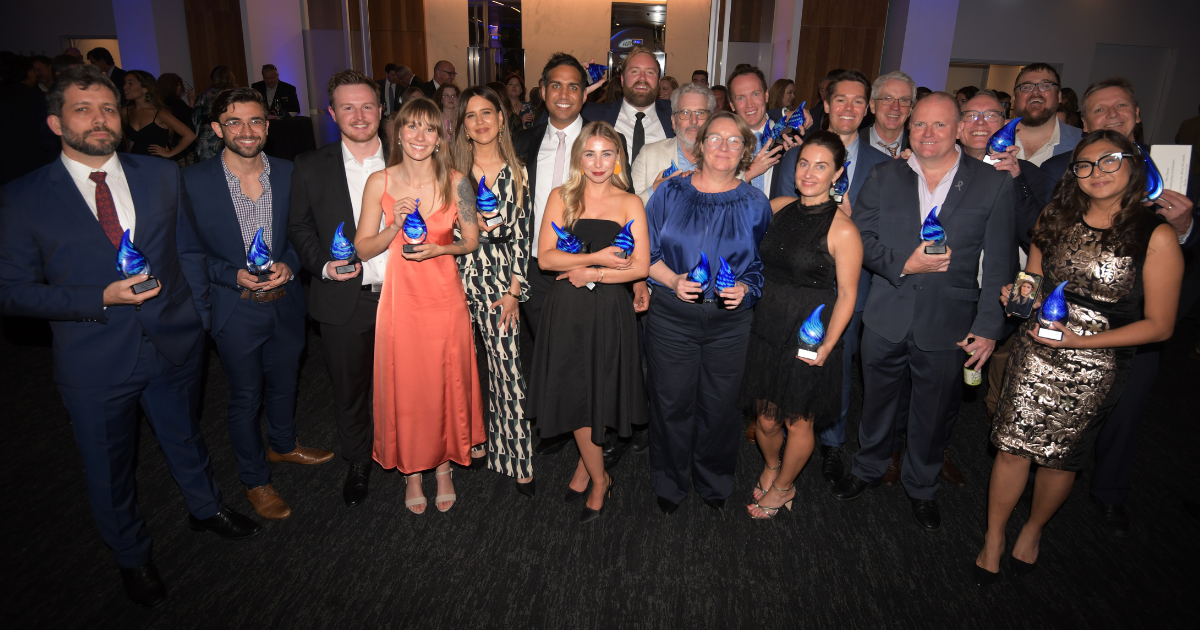 All the winners at the 2022 WA Media Awards.

The winners of the 2022 WA Media Awards were announced on Saturday, November 12, in Perth.

The West Australian journalist, Daryna Zadvirna won the prestigious 2022 West Australian Journalist of the Year—The Daily News Centenary Prize for her coverage of the war in Ukraine.

The 26-year-old had been a print journalist for less than three years before she took personal leave, bought a camera and independently travelled to Ukraine to tell and show the stories of the Russian invasion of her homeland. Daryna had no itinerary, no guide and no cameraman and relied on a network of family and friends as she traversed the country filming the devastation and speaking to  the people on the ground impacted by the war.

With no prior camera experience she returned after five weeks, with 17 hours of footage and interviews, which resulted in the documentary, “My Ukraine: Inside the warzone”, which won the Video Feature category, produced by Natalie Bonjolo, Daryna and The West Australian team.

Daryna also won the Feature Photograph/Photographic Essay category for her “My Ukraine: Inside the Warzone”, Sunday Times Magazine, The West Australian piece, and was part of the team who took out the Multimedia Feature prize for The West Australian video series, “Foul Play — The Tiny Pinder Story”.

In awarding Daryna the top prize, the judges said: “Displaying tremendous personal courage and commitment to her craft, Daryna Zadvirna created the absolute stand-out piece of journalism of the year.

“Her stunning footage and wealth of interviews with everyday Ukrainians combined to build an intensely personal account of the suffering the war has brought to the country of her birth – and the determination of its people to prevail in the face of overwhelming odds.

“The judges were impressed with the sensitivity with which she handled her subject matter and her superb story-telling that wove a compelling narrative.

“The result was an emotionally powerful portrait of the horrors of the invasion.”

Mark Duffield was awarded The Clarion Award for Outstanding Contribution. Mark began his career in 1982 when he joined The South Western Times before moving to The West Australian in 1984. For close to four decades, he has been the much loved Chief Football Writer for The West Australian. However, this year, Mark announced a new chapter, leaving to join the Sports Entertainment Network (SEN) to take up a new role, hosting his own morning program.

MEAA WA President for Media, Kate Ferguson said: “Congratulations to the winners and finalists this evening. Despite the ongoing challenges facing the media industry, the engagement with the awards continues to grow year on year. We should be proud of the quality and range of work produced from Western Australia. It continues to be among the best in the country”.

The WA Media Awards are the pre-eminent state-based awards promoting excellence in the media. The annual awards celebrate quality journalism, and reward a media professional whose commitment to excellence in media coverage best informs and entertains West Australians. 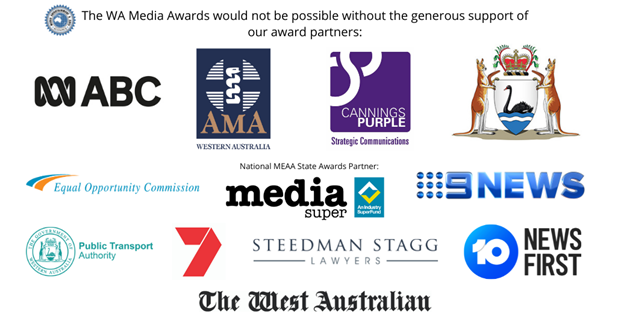 PHONE: 02 9333 0921 EMAIL: MEAAstateawards@walkleys.com or submit your query using the form below.