Time to close the gender gap 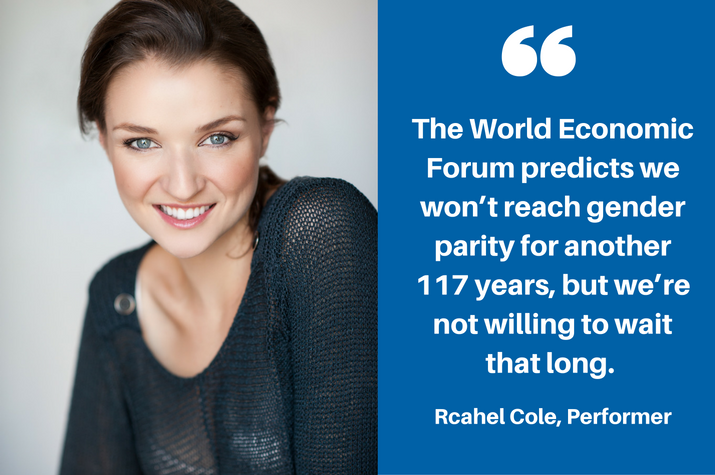 The Victorian Government has released its first ever gender equality strategy, which was developed in consultation with MEAA members. The strategy acknowledges the vital role the creative industries play in overcoming prevailing attitudes and misrepresentation that lead to gender discrimination.

MEAA Director for Victoria, Carolyn Dunbar, said the report would help to provide a road map for better gender equity in media and arts workplaces, where women still lag behind me in terms of pay, management positions and representation. “We cannot expect to improve the portrayal of women in the arts, media and society while there is still gender discrimination in the creative sectors,” Dunbar said. “As the government strategy report notes, despite higher participation rates in creative industries, girls in Victoria enjoy fewer opportunities than their male counterparts for careers in these sectors.

Performer Rachel Cole was among those who attended a forum to provide input from the perspective of those who work in the media and arts industry.

Below is an edited extract from Rachel’s article, which will appear in the Summer 2016 issue of The Equity Magazine.

In September, the Victorian Minister for Women, Fiona Richardson, conducted targeted consultations with women across many industries to discuss their experiences and hear suggestions for change and improvements, for inclusion in Victoria’s first Gender Equality Strategy. I went along to this consultation, organised by the minister in partnership with MEAA. It was an uplifting event, MCed by Corinne Grant, MEAA member and entertainment personality, turned lawyer.

The tangible strategies we came up with included:
•Creating accountability through mandatory reporting of women in senior positions and on boards, and disparities in wage structures.
•Mentoring and concrete career pathways, as well as scholarships to support women moving into leadership positions.
•Fostering economic security through legislating for superannuation to be applied to all earnings, including parental leave, and delivering portable long service for actors.
•Quotas in production and publications from directors, editors, actors and journalists.
•Supporting funding incentives for organisations with a clear gender-equality strategy.

The World Economic Forum predicts we won’t reach gender parity for another 117 years, but we’re not willing to wait that long, so here are some things you can do:
•If you create art, write interesting and meaty roles for women.
•If you are an employer, ensure your pay scales are merit-based and gender-neutral.
•If you are an employee, speak out about sexism in your workplace and let it be known that you won’t stand for it.
•Challenge the anonymity of trolls in social media.
•Write to your local member, telling them of your experience, with suggestions for improvement.
•Know your workplace rights in terms of leave and entitlements.
•Arm yourself with confidence and refuse to accept lower pay than your skill set demands.
•Don’t be a bystander in the face of sexism at work – call it out.
•Ensure some of your heroes and mentors are women.

Rachel Cole has a bachelor’s degree in psychology from the University of Sydney, but is currently masquerading as the understudy for Miss Honey, Mrs Wormwood and Mrs Phelps on the Australian tour of Matilda, after touring for two years with Wicked. She writes for limelight and aussietheatre, with her column ‘stage door shrink’, offering advice on how to balance performing life with practicality