The art of the audition 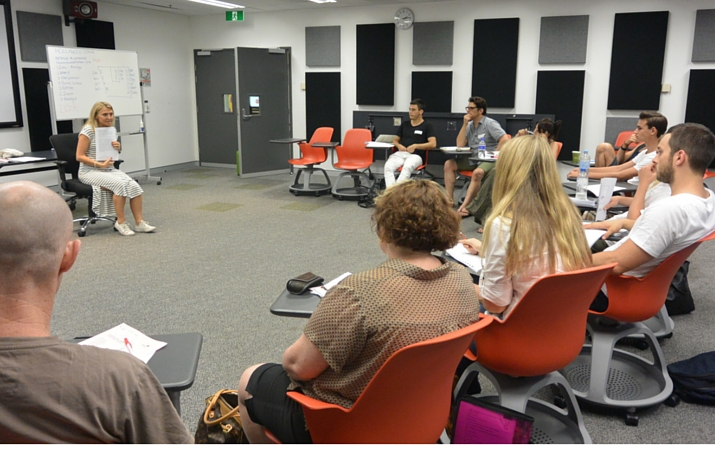 Over the weekend the Equity Foundation’s Casting Hothouse hit Sydney.

Over two-a-half days 80 Equity members relished the chance to work closely with top casting directors and get a rare behind-the-scenes look at the mysterious and often, daunting, audition process locally and internationally. Here two of the Casting Hothouse casting directors share their top tips.

As one of Australia’s most reputable casting directors, Tom has worked on more than 200 feature-film, miniseries and telemovie projects, as well as 500-plus hours of episodic television production for the US, UK, Canadian and Australian markets.

1. Be excited at having the opportunity to do the thing that makes you happy – act!
2. Remember that by being selected for an audition, you have already won, so there’s nothing to lose.
3. Don’t forget to breathe.
4. Show up 10 minutes early and get focused.
5. Own the material: break down the entire scene and identify the writer’s intent.
6. Listen to the reader; don’t just hear your cue line.
7. Don’t bring props.
8. If wanting to sit or stand, ask if it would work for the casting director if you did so.
9. Know where the camera is and make sure it can always see you clearly.
10. At the end of the audition, thank them for their time, wish them good luck with the project and then leave immediately.

Matt is the vice president of talent and casting at CBS Television Studios. In his position, Skrobalak oversees casting activity on all CBS Television Studios shows and pilots, including talent scouting and serving as liaison between Producers, Casting Directors and the Networks. CBS TV Studios 25 show roster includes the The Good Wife, Hawaii 5-0, Jane the Virgin, NCIS, Reign, Scorpion and CSI Cyber among many others.He has been coming to Australia and New Zealand to scout for talent since 2005.

1. Take stock of your goals and be honest with yourself. Review your professional progress as objectively as possible but also realise it takes time to develop a consistent and satisfying career.
2. Don’t be in a rush to get over here [LA]. Timing is everything and you want to be sure you are at a point in your life and career that it makes sense for you to be here. You can pursue work opportunities via self-taping until the time is right.
3. Try before you buy. Before any move, come visit LA and see what it’s like – if it’s somewhere you could see yourself living. Part and parcel of that is making sure you have the savings to support yourself. Your focus should be on acting, not your bank balance.
4. Train and maintain a flawless American accent. Most roles you will be auditioning for are going to be American, so if that accent isn’t in great shape, you will not get any traction.
5. Make sure you have the support of your Aussie representative – you need them to agree and be on board with your decision, to enhance your chances of success. They will be a big part of helping you secure LA representation before moving here permanently or even semi-permanently. It’s an absolute necessity to have an LA-based representative if you want to work here.
6. Meet with an immigration attorney. Understand the options and costs of securing work papers.
7. Watch American-produced content. It’s crucial to interpreting tone and audition material, and has the side benefit of exposing you to the American accent.
8. Research the business. There are numerous online sites you can read to keep up with who the major players, studios, directors, producers and writers are. Know them!
9. Make yourself available for opportunity. Many international actors spend too much time with others from the same part of the world when they get to LA. While you can find support, comfort and commonality with people who share a similar experience, you also isolate yourself from making new connections.
10. Never stop learning and growing. While you wait for opportunities, stay active and engaged. Get into a class, self-produce, write -… don't fall into the trap of sitting around and talking about acting. Do something!