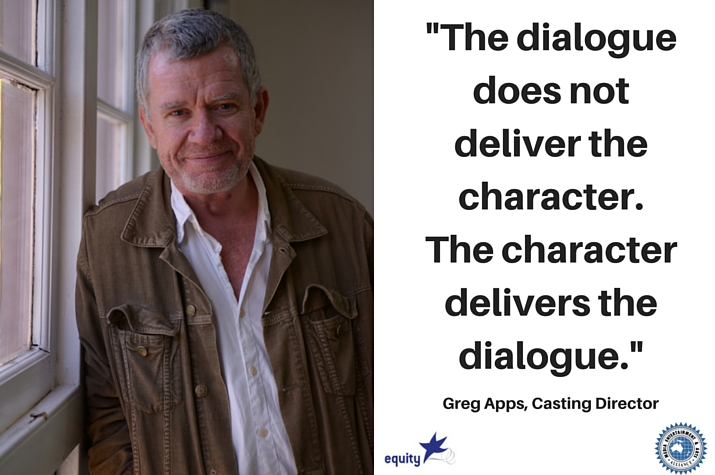 Australian casting director Greg Apps shares his ten top tips for audition success.
Greg first started casting at the ABC Melbourne in 1982. He has cast more than 70 feature films, countless TV series and endless TV commercials. He was on the board of the AFI for seven years and he is the current president of the Casting Guild of Australia. He has conducted audition workshops for major drama schools in every city of Australia. In the 1970s he was an actor appearing in the films Sunday Too Far Away, Chant of Jimmy Blacksmith and Mad Dog Morgan. He is the creator of theauditiontechnique.com - the first online training for self-taped auditions.

You are a professional actor. So you know what an audition is, how it works. What is expected.

So I am not going to say things like arrive early, or be polite. Some of the simplistic patronizing advice one can find on the internet is downright insulting in my opinion.

That said, I have a different take on auditions. So my advice can easily be scoffed at, rejected.

I offer these ideas merely to say ‘think about this’ or ‘what would happen if …?’

So by all means, reject my thoughts, after all, it is your audition.

You can dissect and digest this advice or dismiss it. I understand my thinking is contrary to lots of very respected people. So, it is easy to dismiss. All I suggest, is that you think about it.