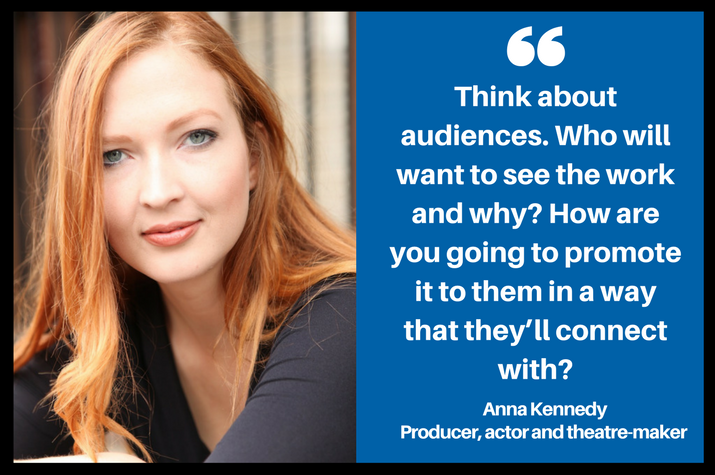 Producer, actor and theatre-maker Anna Kennedy shares her ten top tips for actors who would like venture into producing independent theatre.

Anna Kennedy is a Melbourne-based producer, actor and theatre-maker. She is the creative producer of She Said Theatre and Company Manager of Rollercoaster Theatre. Anna has produced HART by She Said Theatre for six seasons across Australia and New Zealand, For the Love of Pina by Rollercoaster Theatre, F. by Riot Stage, FR!SK Festival for True North Arts Festival and Living Positive Victoria’s ENUF Stigma campaign. Performance credits include A Room of One’s Own, Steppe, The Living Museum of Erotic Women and Since the Death of Sarah Kane, among others. Anna graduated from VCA with a BA of Fine Arts (Theatre Practice) in 2014.