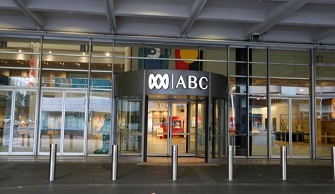 MEAA has called on ABC managing director Michelle Guthrie to immediately explain how job cuts in key technical support roles will not impact on the ABC’s news services.

New details have emerged about yesterday’s announcement by Guthrie of a restructure of the ABC. Some jobs will be cut in production and operational support roles for several television news and current affairs programs.

MEAA Media director Katelin McInerney says that just hours after Guthrie’s announcement to staff that the restructure would free up more resources for content, production staff began being tapped on the shoulder for redundancy. A head count of 42 positions have been earmarked for redundancy.

“These cuts to cameras, editing and other production support areas fly in the face of assurances made to staff at lunchtime yesterday that the redundancies would be concentrated in back office management,” McInerney says. “The restructure was spun as good news, with $50 million to be allocated to a new content fund, including new positions in regional Australia. But now it seems Guthrie is robbing Peter to pay Paul.

“News and current affairs staff at the ABC are already overworked and have generated considerable efficiency gains while continuing to produce world-class content. Their dedication to the job is second to none," McInerney says. “While management says no editorial positions will be affected, these cuts to production and operations staff cannot avoid having an impact on the delivery of quality news and current affairs to the Australian public.”

McInerney says the large number of redundancies announced yesterday are the result of a series of funding cuts to the ABC by the Coalition government. Since 2014, the ABC has endured more than $250 million in budget reductions.

“It was very disappointing to hear Michelle Guthrie refuse to stand up for ABC funding during last week’s Estimates hearings in Canberra,” McInerney says. “If the managing director of the ABC won’t champion the public broadcaster to government, who will?”