New casting guidelines lead the way on use of overseas performers 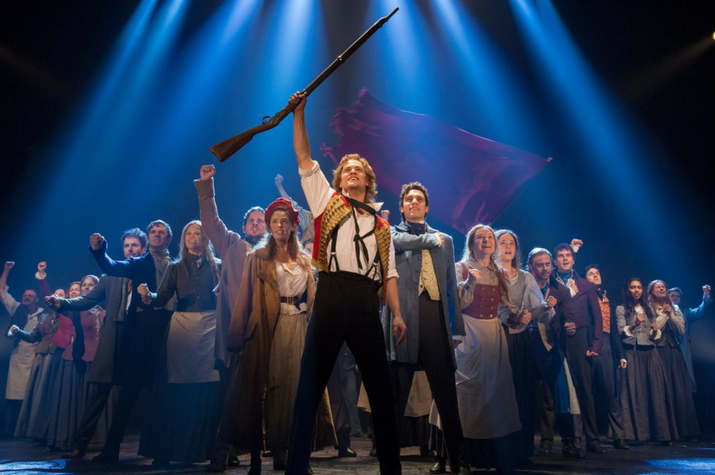 The Australian cast of Les Misérables in performance.

MEAA is calling on other theatrical producers to follow the example of the Michael Cassel Group in adopting transparent guidelines for the engagement of overseas performers on Australian stages.

In a groundbreaking first for Australian theatre, MEAA’s Equity section and the Michael Cassel Group – producer of high-profile shows including Kinky Boots and Les Misérables  – have reached formal agreement on the use of overseas performers for the next three years.

Under the guidelines, Michael Cassel Group will seek to maximise employment of Australian performers, and consult MEAA over all potential casting of imports.

MEAA Equity President Chloe Dallimore  said the agreement was an opportunity for a “fresh start” and Michael Cassel Group should be commended for leading the way on an issue that has been controversial over recent months.

She said for most of this year there had been growing concern among Australian performers over what appears to be an increase in the numbers of imports being cast for lead and ensemble roles on Australian stages.

In recent weeks, MEAA has been in discussion with the producers’ organisation, Live Performance Australia, over reviving a rigorous consultation process for the use of imports.

The guidelines developed with the Michael Cassel Group show what is possible through a mutual attitude of trust, respect and open-ness, said Dallimore.

She said they reflected a shared commitment to growing a vibrant musical theatre culture in Australia.

“We commend Michael Cassel Group for being a best practice employer and for its desire, where possible, to engage all-Australian casts,” Dallimore said.

“For Australian performers, playing a lead or major supporting role – particularly in a touring production – is a career-defining opportunity that can lead to international exposure.

“Our performer members have a legitimate expectation that wherever possible, Australians shall be engaged.

“By the same token, MEAA fully appreciates that producers sometimes have other pressures, including the necessity to maximise box office takings, and that creative decisions ultimately rest with the producer.

“The agreement announced today provides the opportunity for a fresh start to this vexed issue.

“These guidelines have been developed in recognition of the fact that it may not be possible or desirable in all circumstances to engage an all-Australian cast.

“Crucially, they provide the bedrock for a shared commitment to keep the lines of communication open based on the principle that the more information that is available, the better MEAA will understand the basis for casting decisions and respond in an informed manner to concerns from members.”

Under the guidelines, at the outset of a production, Michael Cassel Group will send a copy of the casting brief to MEAA at the same time as to agents.

If it appears that a role may not be able to be cast locally, Michael Cassel Group will provide specific information to MEAA to allow further dialogue and will agree to consider any constructive suggestions MEAA may have.

The guidelines also allow particular circumstances where Michael Cassel Group may employ overseas performers, including international performers of renown, box office criteria, and unique ethnic or other criteria for a role.

Of the new guidelines, producer Michael Cassel commented: “I am very proud of the relationship we enjoy with MEAA and appreciate the organisation’s positive and professional approach as we have crafted these guidelines together, which highlight the importance we all place on securing opportunities for Australian actors.

“The guidelines also preserve the integrity and independence of the creative and casting process, which we all acknowledge is of paramount importance.

“I’m thrilled we have been able to lead the way with MEAA to provide a framework governing the use of overseas performers.”

The guidelines come into force today (December 1) for three years.