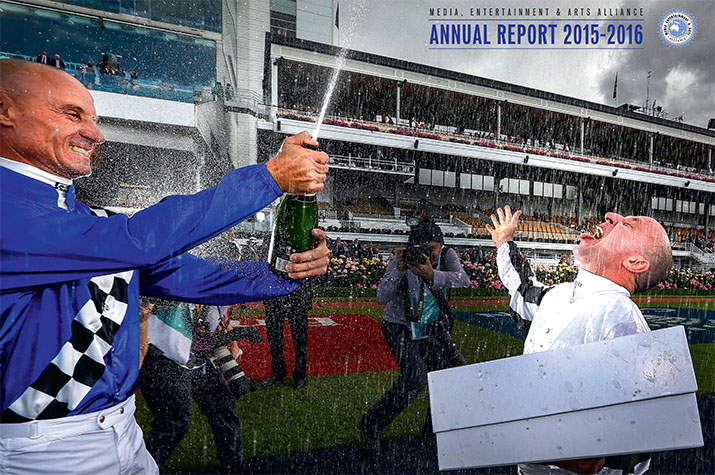 Consolidation of MEAA’s finances in 2015-16 will help the union deal with whatever challenges confront it in the future, reports chief executive officer Paul Murphy. 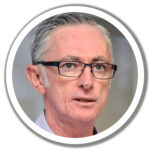 During the past 12 months, MEAA’s Board, directors and staff have continued to focus on consolidating the organisation’s financial stability as a pathway to long-term sustainability.

A rigorous approach to costs has resulted in a second year of a small financial surplus, an objective which is now fundamental to the union’s operations.

In 2015-16, our final result was a surplus of $393,592. This means that the union is now on a more sound financial footing than a few years ago, with reserves of $6.7 million. These savings were made amid continuing pressure in the industries in which the union operates. They could not have been achieved without the dedication and efforts of our staff who recognise that if MEAA, as a relatively small union, is to be able to resource our campaigns and service our members effectively in the future, this can only be done with solid financial foundations.

The fragility of membership revenue inevitably means difficult decisions sometimes have to be made on spending, but to their credit, our staff have been willing to work through those decisions because they can see the bigger picture.

All the time, we are identifying smarter and better ways of doing things, particularly through the use of technology.

The roll-out of our new website and membership database towards the end of 2015 was a significant achievement which has seen improvements in the way we communicate with our members and over time will enhance our ability to organise, recruit and campaign.

After several years of decline, MEAA’s overall membership increased marginally in the past financial year and stood at 15,405 on June 30.

This improvement can be partially credited to growth campaigns in some industries along with sustained efforts to convert unfinancial members back to financial status.

Indeed, the union gained 3148 new members in 2015-16. This is a great achievement, but looked at another way, what it means is we need to recruit more than 3000 new members a year just to stand
still. There is no room for complacency.

This is particularly the case for the media section. Constant change, driven by technology and consumer tastes affecting revenues and business models, is now a way of life in the media industry.

Employment in journalism continues to shrink, with all three major employers – Fairfax, News and the ABC – experiencing redundancies in 2015-16. We have fought hard to limit the job losses and to ensure that those who did go were fully compensated.

Where new jobs are being created, they are in smaller workplaces and rarely with commensurate conditions and entitlements to those built by the union over more than 100 years.

Historically, the Media section of our union – formerly known as the Australian Journalists’ Association – has been the largest. But the shrinkage of the industry meant that in late 2016, its membership fell behind that of Equity.

By contrast, Equity showed strong membership growth in both Australia and New Zealand, with the Australian arm growing by 4% and the Kiwi branch by 14%. Congratulations to everyone involved in those achievements.

There was effectively no change in the Musicians and Entertainment, Crew & Sport sections.

All of our staff now have instilled into them an organising and recruiting culture with clear accountability measures, and we expect this to bear fruit in coming years.

Recognising that the traditional employment models for journalism are becoming less commonplace, work is underway to develop a form of membership that is relevant for today’s hybrid communications professionals, whose careers can combine a range of skills including journalism, copywriting or speechwriting, blogging and digital content production, and public relations.

Increasingly, journalists will be self-employed freelancers, so we are also planning to increase our advocacy for them, building on our Freelance Pro membership.

The biennial MEAA Federal Council in February also approved a change to our rules to allow people to join MEAA as associate members. We intend to offer this form of limited membership to people who support our campaigns and objectives but are ineligible for full membership of the union.

In the following pages you will read about some of the successful campaigns that are delivering both industrial outcomes and increased membership.

One striking example was the excellent membership engagement by Equity throughout the process of negotiating and then endorsing a new television repeats and residuals agreement for actors that has made significant improvements by recognising for the first time digital platforms like video on demand and streaming.

In the ECS section, we signed up more than 50 new screen crew members in a month-long blitz in July this year, and are increasingly confident that the Get Real On Rates campaign for enforceable and fair market rates in the Motion Picture Production Agreement will generate tangible results.

Throughout the current 12 months, we will continue to look at ways of doing things more efficiently, cost-effectively and innovatively, without compromising our core duty to serve you, our members, and lobby for our industries in an ever-changing and demanding working environment.