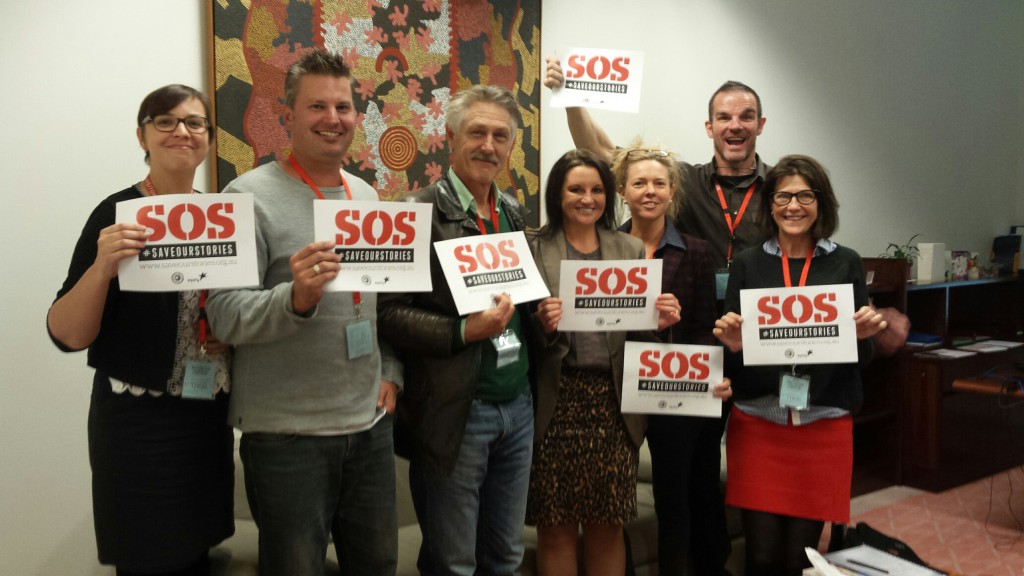 MEAA chats to key grip and proud MEAA member Adam Kuiper, who was among the many crew members who joined the fight to Save Our Stories.

What does a key grip do?
In a nutshell, we put the motion in the picture. Anything the camera sits on or moves on generally comes under our umbrella. Whether the camera is mounted on a car or a rail or dolly or a helicopter – if the camera has to move on something then we’ve got to make it happen.

What does a typical day for you on set look like?
The team turns up in our fleet of vehicles including cars, trucks, trailers, buggies, camera cars, whatever is needed for that particular job. On Mad Max: Fury Road the camera never stopped, we had a fleet of vehicles, 65 guys, it was quite a big project. We were organised, we generally knew what we were doing that day, as long as the director knew what he was doing that day. Certain directors allow you to work further ahead than others. Sometimes you can’t work ahead, so you have to shoot from the hip and it becomes reactive not proactive.

How do you approach a new film?
When you crew-up a film, you read the script and you might say 'okay, we have a lot of underwater stuff' so I’ll need to substitute my guys on the ground for divers. So I put together a team based on the content of the script, and based on the requirements of the film. Generally speaking the more disorganised the film is the more guys you need. When you plan ahead you can use workers efficiently but when it’s not, you just pounce on everything and do it at the last minute. It’s not efficient but sometimes you have to work that way.

How does big budget film differ from a small budget?
A small budget film means less labour. The demand doesn’t always reflect your guys. You have to be more creative with your tools and your truck. It’s your job to know production can’t afford to get a particular item in for one use, so you try and give them two or three other options. You have to be flexible; knowing when you can spend the money and when you can’t. Improvisation is key for the smaller jobs.

You worked overseas recently, what did you do?
Mad Max was filmed in Africa and we used a combination of Australian and African crew. Typically every country has different things available, different machines etc so you compromise a bit. I’ve worked in China before which is one of the very different places you can film. There are language barriers, equipment barriers, safety barriers – probably one of the biggest things. In instances like that we like to bring in an Australian safety officer and work under Australian conditions in a foreign country which can make things difficult but ultimately that’s the way you have to work because there’s no point in even doing a movie if people aren’t going to be safe.

How are Aussies viewed internationally?
From a skill set, no-one can deny that Australians are very skilled filmmakers.

Career highlights?
I’ve come from really lovely Australian films, I’ve done some low budget films and some amazing big budget films. There hasn’t been a film I’ve done that I haven’t enjoyed and hasn’t had a unique part of it that’s been fun. Just the longer ago they were the more vague they become [laughs].