Heath Reid is a senior staging technician at the Queensland Performing Arts Centre, where he has also been a MEAA delegate since 2017.

I began working in live theatre in 2007 when I completed a Brisbane TAFE course in Live Production, Theatre and Events. I’ve been at the Queensland Performing Arts Centre since 2010, where I am currently the Senior Staging Technician. 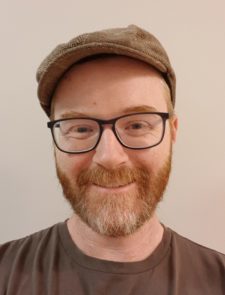 Since being at QPAC I have acquired a vast array of skills, qualifications, and made numerous friends and colleagues in the industry, and I have had the pleasure of working and socialising with talented folk such as John Cleese, Bill Bailey, Tim Minchin, and an endless stream of academics, comedians, actors, scientists, and musicians. I have also been proud to be an integral part of musicals like War Horse, Rocky Horror Picture Show, and Les Miserables when they have passed through QPAC.

I have to admit I was a latecomer to the union, becoming a member in 2017. I was always someone that looked out for others in my workplace. I was asked by a good friend to assume his position as MEAA delegate representing the workers of QPAC. I jumped at the chance and signed up.

Just a few months later, I was part of the team that negotiated the EBA. That was very overwhelming at the time but the following years have allowed me to talk to colleagues while increasing my understanding of my position as delegate.

The live performance industry was blindsided by the COVID-19 pandemic and we are still suffering terribly. Due to me being on contract, I was able retain some work after special payment had finished in April. There was some time working-from-home, but eventually we were back in the building to go through some much-needed maintenance. Now we are slowly inviting audiences in for reduced capacity shows.

During the shutdown, we worked closely with our organiser Nikau Irvine and were able to create a social media group for QPAC employees affected by the pandemic to keep in touch and receive updates. We also had (and still do have) many Zoom meetings, and we’ve engaged with MEAA members at Home Of The Arts (HOTA) on the Gold Coast.

Recently Jenna, a delegate at HOTA, and me were lucky to be given 30 minutes’ access to the state Arts Minister Leeanne Enoch. We talked of the traumatic situation casual employees have been in during this year and the lack of attention for the industry. I sincerely hope more help can be directed to our industry and that more people understand the gravity of the situation and the future of such an important field.

I hadn’t understood the broad reach and potential of industry unions until I began representing my workmates. MEAA represents individual workers and, collectively, helps the wellbeing of its members and really all the workers here at QPAC.

As a member, you have access to legal advice, protected industrial action, but also a great sense of solidarity and camaraderie with your fellow employees.

Unions work when people band together. Your labour is the most important thing to the organisation that employs you. By joining your workplace union, you have more power and a collective voice for your rights as a properly paid worker.