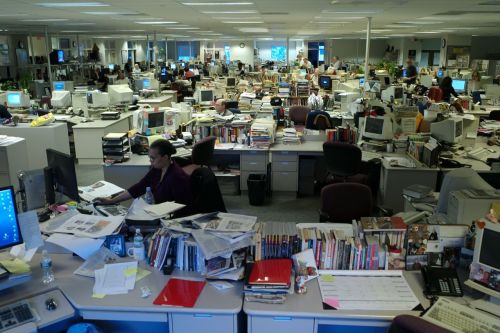 The Media, Entertainment & Arts Alliance (MEAA) welcomes the ACCC’s comprehensive report and the recommendations it contains to sustain public interest journalism into the future.

The ACCC recognises the dramatic decline in the number of journalists and the corresponding decline in coverage of areas of public interest from 2006 to the present: 26% of print journalists between 2006 and 2016 and falls of 20% between 2014 and 2018 alone.

MEAA says this dramatic decline of local, regional and rural media outlets and the cuts in funding to the national public broadcasters rings an alarm bell for politicians who must act urgently on the report’s recommendations to ensure communities are kept informed to ensure a healthy, functioning democracy.

The ACCC also pointed to the abandonment of critical areas of public interest journalism (courts, local government, health and science coverage) and the escalating crisis in local news coverage, with its observation of the closure of 106 local and regional news titles throughout the country in the ten years to 2018.

To counter this, the ACCC recommends stable and adequate funding for the public broadcasters, the development of sustainable and independent funding to secure the future of local news coverage through an annual $50 million grant program, and tax reforms to enable the growth of not for profit journalism.

MEAA chief executive Paul Murphy said the ACCC had also correctly recognised that Google and Facebook should be regulated similarly to other media businesses.

“In this review, the ACCC has acknowledged that the ubiquity of Google and Facebook has placed them in a ‘privileged position’ in Australia’s media landscape where they have substantial bargaining power with news media businesses.

“We also agree that these companies are both ‘rivals’ and ‘unavoidable’ business partners of Australian media content producers.

“We are pleased that the ACCC has picked up on recommendations first made by MEAA to support public interest journalism,” said MEAA chief executive Paul Murphy.

He said MEAA would need to examine more closely some of the other recommendations made by the ACCC, including introducing a mandatory take-down Australian Communications and Media Authority code to assist copyright enforcement on digital platforms, handing increased powers to ACMA to identify “reliable and trustworthy news”, and the introduction of a statutory tort for serious breaches of privacy.