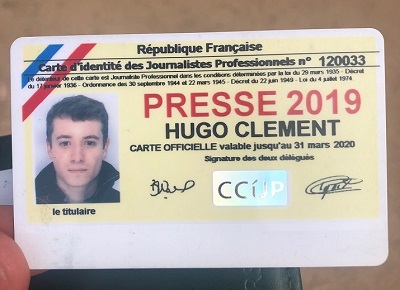 MEAA has written to the Queensland Premier Annastacia Palaszczuk urging she intervene to ensure the charges and bail conditions against a French TV crew be dropped. The crew were arrested yesterday while reporting on a protest at the Abbot Point terminal.

The president of the MEAA Media section Marcus Strom said: “Journalists should be free to go about their work reporting on matters in the public interest and should not be arrested for simply doing their job. The Queensland police should provide a full explanation of why a clearly identifiable French TV crew was arrested. Now that their bona fides have been established any charges should be dropped."

"MEAA is also concerned that the French crew is now facing strict bail conditions on their reporting that bans them from being within 20 kilometres of the Adani Carmichael mine. Creating such an exclusion zone is unreasonable. When journalists are prevented from carrying out legitimate news reporting in the public interest it raises questions about why the public's right to know is being impeded," Strom said.

In the letter, MEAA described the French journalists' arrest, detention, charges and bail conditions as an outrageous assault on press freedom. "We understand that the crew did not understand they were trespassing on a railway line that was private property while they were filming and reporting on the protest," MEAA wrote.

When Queensland police personnel approached them and asked who they were, the TV crew duly presented their French Government‐issued Carte d'identité des journalistes professionnels that clearly identifies them as professional journalists. It seems their press cards were ignored, with one of the police saying to them: “Journalists should know better.” They were told they were obstructing the railway and were then arrested, placed in handcuffs and put into police vehicles.

The French journalists say they were not asked to move on. They say they did not refuse to comply with any requests made by the police… because the police made no requests. They were then detained for seven hours and were subsequently charged with trespass.

As one of the French journalists has subsequently explained: “In France you have right to film in the streets … even though you film the protests you are not part of the protest yourself, you are a journalist, you do your job and make the report, that’s just life.”

Remarkably, their bail conditions ban the French TV crew from being within 20 kilometres of Adani’s Carmichael mine site and less than 100 metres from any other Adani site. "It is egregious that journalists should be subject to a total exclusion zone that curtails their right to report and only further infringes on the public’s right to know," MEAA said in the letter.

"At a time when Australia’s reputation as a nation that upholds press freedom is already damaged, the actions of Queensland Police have only gone to attract more unwelcome attention. The actions of Queensland Police were heavy‐handed and unworthy of a healthy functioning democracy that upholds press freedom. MEAA urges that the charges against our colleagues be dropped and that they be allowed to report without the restrictive conditions that have been placed upon them."