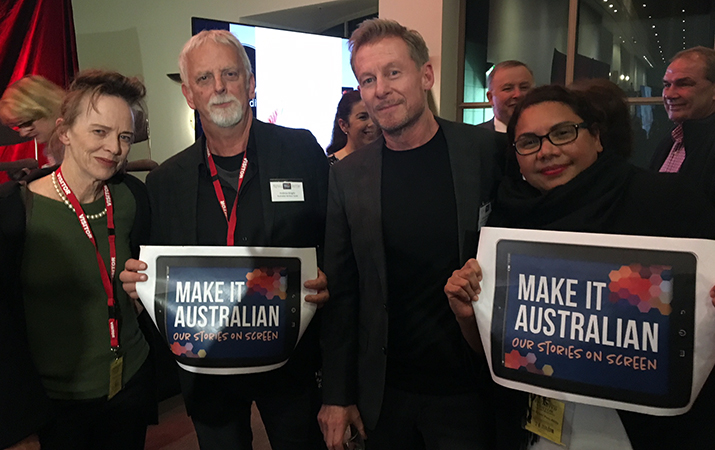 Screen Producers Australia (SPA), MEAA, the Australian Writers’ Guild (AWG), and the Australian Directors Guild (ADG) said the decision on Location and PDV offsets, announced just hours before the Government called the federal election, has ignored long-standing calls for the rules to change so that streaming platforms have obligations to invest in producing local content.

“Allowing streaming services to benefit from tax-payer funded offsets without any requirement to invest in our stories sells Australian audiences short and means fewer Australian stories being seen around the world,” said MEAA CEO Paul Murphy.

Audiences for these platforms continue to grow exponentially yet the proportion of Australian produced content is miniscule (e.g. only 1.6% on Netflix and 11.1% on Stan). The Government continues to ignore what Australian audiences are demanding – Australian stories on streaming platforms and the restoration of funding to public broadcasters.

“The Government’s policy announcement is inexplicable and one-dimensional given how many times our local sector has called for urgent intervention”, said ADG CEO, Kingston Anderson.

“Our screen incentives need to be updated across the board, not just those that apply to international production. This decision shows a tremendous lack of confidence in the ability of Australians to tell our stories in our own voices.”

It’s been more than two years since the House of Representatives concluded the inquiry into the growth and sustainability of the Australian film and television industry. Since then myriad of other Inquiries have also investigated the Australian screen production sector and children’s screen content, the economic and cultural value of Australian content and the efficiency and competitive neutrality of public broadcasters.

Despite this degree of scrutiny, the Government’s response has been lacklustre with no tangible outcomes to support local production.

“Once again, the Government’s rhetoric of supporting Australian stories is at odds with their sustained and embarrassing policy inaction on original content creation and promotion by the streaming services”, said AWG’s Executive Director, Jacqueline Elaine.

“These SMEs play an essential role in skill development and training as well as promoting innovation, creativity and risk taking.

“The overall health of the local Australian screen industry requires careful policy considerations. It is essential that we promote a legislative and policy framework that supports Australian stories.”