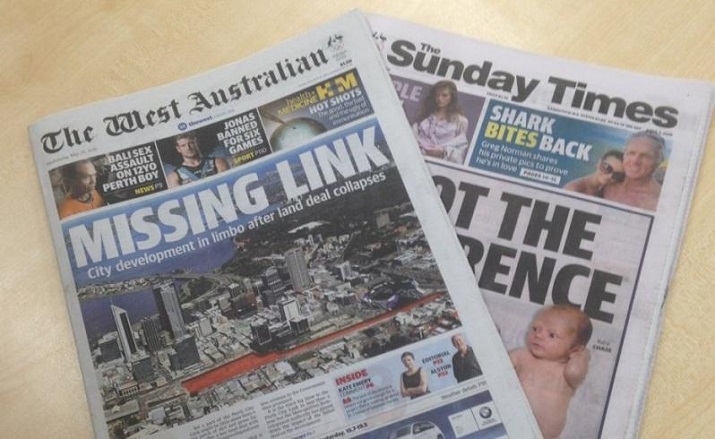 Among the journalists who are departing are the state political editor and the health editor – both of whom were recognised for the excellence of their journalism at the 2018 WA Media Awards where they were recognised as the WA Journalist of the Year and for the Most Outstanding Contribution to Journalism respectively. Others to take redundancy are long-term skilled production staff and photographers. Reporting staff to go include court, sports and political reporters as well as editors.

MEAA’s West Australian director Tiffany Venning said: “This is a devastating blow for West Australians. In a one newspaper town like Perth, these editorial losses harm the local community’s right to know. But because so many skilled people are departing in one hit, it’s a tremendous loss for everyone in WA. The departure of these journalists means local WA media is shrinking – and that translates to dramatically less coverage of crucial community issues.

“The sheer scale of these job losses will deprive readers of award-winning, highly skilled, professional journalism and important in-depth scrutiny of WA politics, health, sport and the judiciary as well as other crucial editorial coverage,” Venning said.

“Western Australians are entitled to have their local journalists reporting on the issues that are important to Western Australians. What’s worse is that those staff who remain will have to work even harder at a time when they are already seriously overstretched,” she said.

MEAA will continue to assist members at WAN and The Sunday Times and will negotiate with management to ensure departing members receive their entitlements.