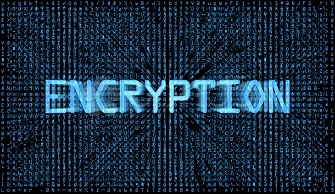 The Media, Entertainment & Arts Alliance (MEAA), the union and industry advocate for Australia’s journalists, is alarmed by the government push to force tech companies to break encrypted communications.

The announcement seems to show scant understanding or consideration of how this might be achieved, or any concern for the potential consequences.

MEAA is particularly concerned that on past experience the government and its agencies have little regard for press freedom and there is every likelihood that the powers being sought by the government over encrypted communications will be misused – either to identify a whistleblower or pursue a journalist for a story the government does not like.

MEAA chief executive officer Paul Murphy said: “For more than 15 years now, we have seen government introducing anti-terror laws that erode press freedom, persecute whistleblowers and attack journalists for simply doing their job. Laws that are meant to protect the community and go after terrorists are being used to muzzle the media, cloak the government in secrecy, hunt down and identify journalists’ sources, and imprison journalists for up to 10 years for reporting matters in the public interest, “ Murphy said

“As recently as April, the government failed to bring the Australian Federal Police to heel when it revealed that it had illegally accessed a journalist’s telecommunications data without a warrant. Even the subsequent investigation by the Commonwealth Ombudsman into how that breach occurred is a secret under the Telecommunications (Interception and Access) Act,” he said.

“There is real concern that government agencies could once again misuse their powers to go after whistleblowers, to go after journalism. The government must take immediate steps to protect human rights and press freedom before it indulges in granting agencies any more anti-terror powers. There will be appalling consequences if extreme powers such as those being sought by the Prime Minister and Attorney-General are misused to persecute journalists and their sources. After all, that’s what happened just three months ago ,” Murphy said.