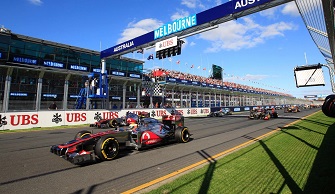 Potentially more than 20 people who worked for nothing on the Australian Grand Prix in Melbourne in March this year have won back pay following intervention by MEAA.

Additionally, Adecco has undertaken not to repeat the practice of bringing in unpaid “volunteers” to work in customer service roles at the taxpayer-subsidised event.

The back pay comes after MEAA alerted the FWO to potential breaches of Australian workplace laws by Adecco on the eve of the event.

MEAA members had told the union how Adecco sent SMS messages to casual workers on its local database offering a “volunteer opportunity” at this year’s race. The “opportunity” involved pre-event training and three full days’ work in “customer service”, all unpaid. The text message was sent to hundreds of workers.

MEAA’s Victoria and Tasmania regional director, Adam Portelli, said while it was pleasing that the workers would now be paid, the union was concerned that the behavior uncovered at the Grand Prix was part of a much more widespread and systemic issue of exploitation of unpaid workers at major events.

“It’s alarming that a multinational labour hire company thought it could get away with such blatant behaviour.

“If not for an MEAA whistleblower this rip off wouldn’t have seen the light of day.

“This demonstrates some of the serious gaps in our existing laws – around interns, volunteers and labour hire.

“Australia’s workplace laws need to be changed to better protect workers from this type of exploitation.”

If you have been offered unpaid work on a major event in Victoria within the past 12 months, contact Jake Wishart in MEAA’s Melbourne office.