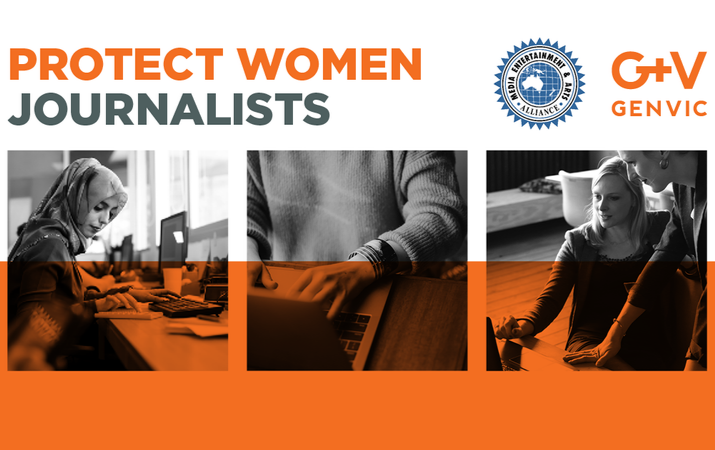 MEAA is calling for a united industry approach by media organisations to combat the prevalence of online harassment and abuse of women media workers.

In partnership with Gender Equity Victoria, MEAA has released a series of recommendations for media organisations to begin treating gender-based abuse against women journalists on social media and websites as an issue of health and safety and to take more responsibility for ensuring that women journalists are supported in the aftermath of attacks.

The recommendations are contained in Don’t Read the Comments: Enhancing Online Safety for Women Working in the Media, a report launched on October 21 MEAA and GEN VIC.

It follows research that more than a third of women journalists had experienced online harassment, trolling and stalking during the course of their work, but only 16% said they were aware of their workplace having existing policies to address online abuse.

Freelance journalists, who do not have the support structures provided by employers to their staff, are particularly vulnerable.

“In the modern publishing age, journalists are expected to have a presence on multiple digital platforms, and it is unacceptable that they feel unsafe because of bullies, trolls and stalkers,” Mr Portelli says.

“For better or worse, social media and other online platforms are part of the modern journalist’s workplace, and online abuse and harassment must be treated as a workplace health and safety issue.”

“While men and women are both trolled online, it is women who often receive abuse because of their gender, that takes the form of sexist and derogatory comments, through to serious accusations of physical harm such as death and rape threats.” says Kit McMahon, Chair of GEN VIC.

“Online abuse has very real impacts on women’s mental health, where women report experiencing depression, panic attacks and sleep disturbance, which also impacts on their ability to do their work for fear of further abuse.”

The recommendations contained in Don’t Read the Comments are:

1.      A whole-of-organisation approach to address systemic and structural sexism in the workplace.
2.      Training on gender, implicit bias and bystander intervention for all staff in a media organisation.
3.      Treating gender-based abuse against women journalists on social media and websites as an issue of workplace health and safety.
4.      Moderation guidelines and training that explicitly address gendered and other identity-based abuse as a subset of abuse that requires a strong response from the organisation.
5.      Requiring audience members to complete a simple comprehension quiz before they are permitted to comment.
6.      Requiring media organisations to provide specific support for freelance journalists even after the story has been published and invoices paid.

The full report is available here.