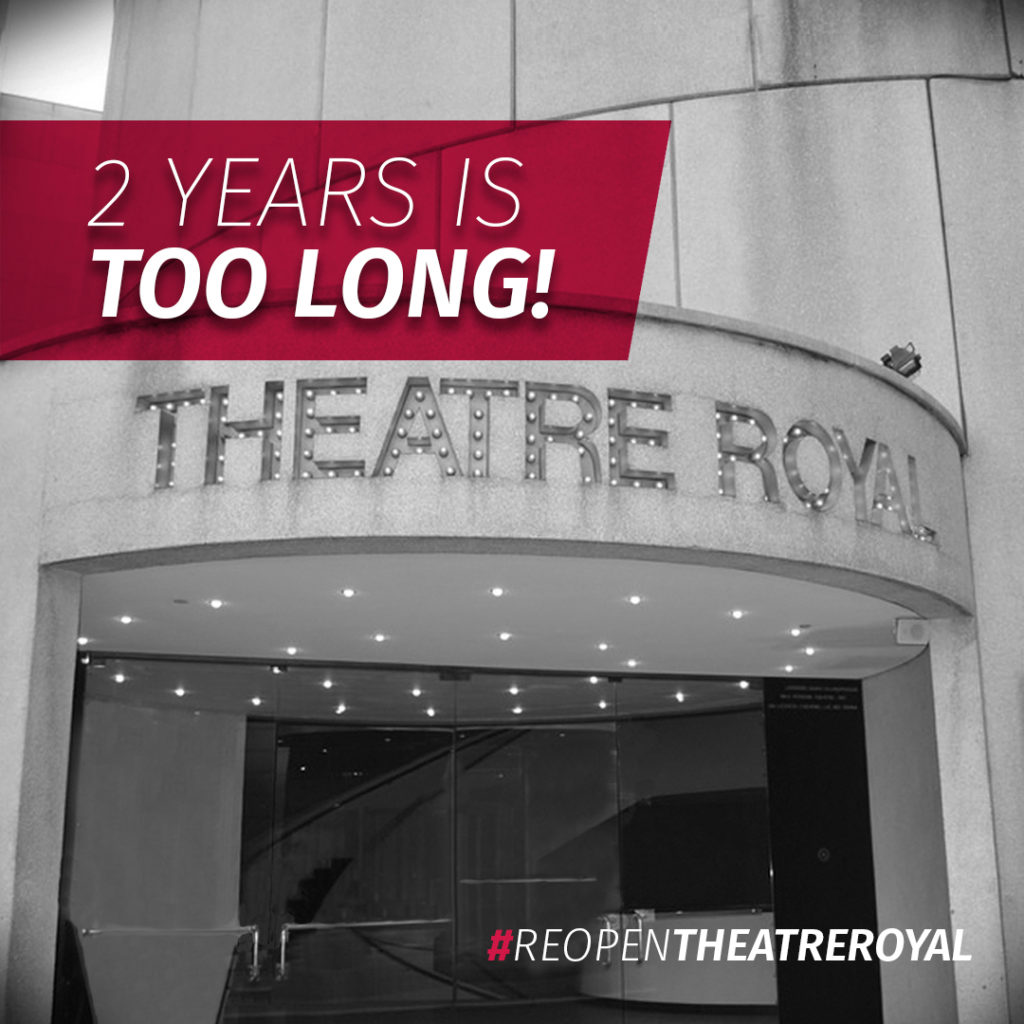 A campaign featuring some of Sydney’s best-known actors and leading theatre producers has been launched to save Sydney’s historic Theatre Royal.

A deal done nearly 40 years ago to ensure the theatre had a permanent home is being ignored by the current owners. The Theatre Royal has operated from its current site since 1875.

Live Performance Australia’s President, Andrew Kay AM, said the live theatre industry isn’t going to sit idly by while over a century of history is destroyed so a property developer can make a few extra dollars.

“Sydney is already desperately short of capacity and needs 3000 to 4000 additional seats to avoid losing more and more shows interstate. The permanent loss of the Theatre Royal would be a serious blow to the viability of live theatre and a blot against the good name of Sydney as a truly international city.”

In 1972, faced with demolition by the developer of the MLC Centre, Sydneysiders rallied to save the Theatre, with thousands attending protest meetings at Sydney’s Town Hall. Sydney’s leading actors, politicians, combined with trade unions to force the developer to change their plans.

Faced with a huge backlash from Sydneysiders, the development company Lend Lease agreed to change their designs for the future MLC Centre to include a new purpose built 1200 seat theatre to replace the old Theatre Royal. In exchange for saving the theatre, Lend Lease was given up to 8000 square metres of extra commercial office space or close to six additional floors as compensation. The value of this ‘deal’ provides to the owners and shareholders an additional $9-11 million of commercial office rent per year or when capitalised adds over $200m to the building’s value.

However, the new owners DEXUS/GPT are now reneging on this deal and the theatre has been closed for over two years.

“We are turning away shows every month due to a lack of suitable venues in Sydney in which to show them. This building needs to be retained as a theatre contributing to the culture of Sydney, not yet another high end retail outlet,” said Kay.

“Scores of great Australian artists have performed at the Royal over the years and it is part of the theatrical history of this city. We urge the developers to rethink their plans and encourage all performers, crew and other theatre workers to join this campaign to retain a jewel in Sydney’s theatrical scene.”

An online petition calling on the owners to reopen the Theatre has been launched today.

“Unless someone intervenes, Sydney is about to sacrifice yet another great venue to the altar of developer greed,” Andrew Kay AM, LPA President said.