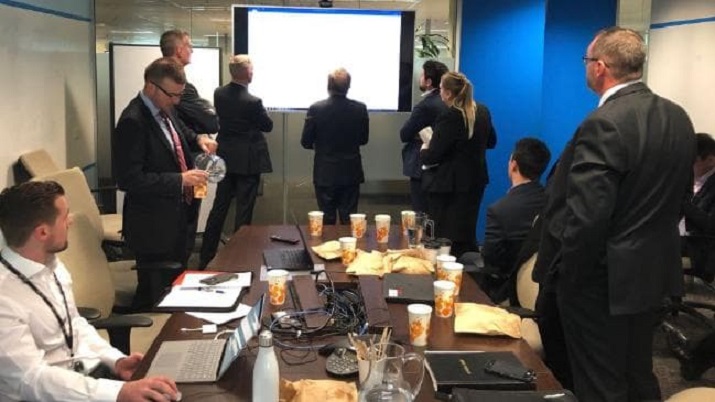 MEAA Media federal president Marcus Strom said: “That warrant targeted journalists who had published the truth. The warrant was issued with the intent to bypass the journalists’ ethical obligation to never reveal the identity of a confidential source – a principle of journalism recognised around the world,” he said.

“Journalists and whistleblowers cannot feel safe until there are legislative reforms to protect public interest journalism. Remember, there are three journalists still in legal limbo following the raids on the ABC and the home of a News Corporation journalist. This is not about making journalists above the law, but to bring the law into line with community expectations. There must be a positive legal protection for journalism that is in the public interest in order to uphold the public’s right to know.”

Strom added: “The scope of the warrant is extremely disturbing. It allowed the AFP to ‘add, copy, delete or alter’ material in the ABC’s computers. That represents a genuine threat to the ability of media outlets to carry out their duties if government agencies can cause immense disruption to entire computer networks as well as undermine the privacy of other Australians unrelated to the warrant’s intent,” he said

“The warrant was approved by a local court registrar in Queanbeyan. But it is clear that there needs to be greater oversight of these warrants” Strom said.

“As ABC managing director David Anderson has said today, the journalism in the Afghan Files was published almost two years before the raid. Its veracity has never been questioned.

The Department of Home Affairs and the AFP have made a supplementary submission to a Parliamentary inquiry into the freedom of the press that rejects the notion of contestable warrants, claiming contestability had the “potential undermine the efficacy of such a warrant”.

Strom said: “That argument is a nonsense. The potential for overreach has already been acknowledged by the Department. On August 9 last year, Minister Dutton directed the AFP ‘to take into account the importance of a free and open press in Australia’s democratic society and to consider broader public interest implications before undertaking investigative action involving a professional journalist or news media organisation’. Contestability is clearly necessary to stem overreach by government departments and the AFP.”

MEAA chief executive Paul Murphy added: “The ability to contest warrants is not about placing journalists above the law. It is about reforming bad law. Since the September 11 attacks in 2001, the Australian Parliament has passed at least 75 national security laws. Under the guise of protecting the nation, many of those laws have introduced new penalties that criminalise journalists and their journalism, and persecute and punish whistleblowers for exposing wrongdoing.

“The public’s right to know what our government’s do in our name must not be allowed to be usurped by bad laws that punish the truth,” Murphy said.