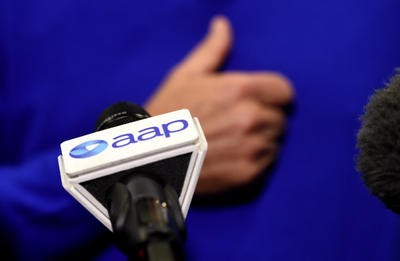 The decision to close the AAP Newswire business in June and its Pagemasters sub-editing operation in August is a gross abandonment of responsibility by its shareholders – Australia’s major media outlets. MEAA calls on the investors to recognise that they cannot fulfil their duty to inform the community without delivering a solution to fill the enormous void left if AAP is not available to perform its function.

MEAA Media federal president Marcus Strom said: “There are at least 180 editorial jobs at stake – making AAP a major media operation. Any decision to abandon AAP will be devastating for our members and AAP staff and we will do all in our power to support them.

“This decision will also devastate the media industry and the communities it serves. AAP’s shareholders must realise the prospect they face should they abandon AAP. Look at the news stories, the photos, the coverage, the quotes and the enormous spectrum of excellent journalism that AAP has supplied over the past 85 years. AAP delivers news, photos and sub-editing services that the major media groups either cannot or will not.

“Beancounters at the top of media organisations might think they can soldier on without AAP, but the reality is it will leave a huge hole in news coverage. Filling those holes will fall to already overburdened newsroom journalists. Or coverage will simply cease to occur.

“AAP has also trained generations of journalists and has been an excellent start for many of Australia’s top journalists. It is reckless and short-sighted of media bosses to jettison this wonderful media institution.

“To lose AAP is to deny Australians across the nation of essential news and information.”

MEAA says this media crisis stems from the failure of the federal government to effectively deal with the damage being inflicted on news media by digital content aggregators, search engines and social media has on news content makers.

The impact these global digital behemoths have had on media revenues was investigated by the Australian Competition and Consumer Commission’s digital platform inquiry, but the government response to the inquiry was inadequate.

Strom said: “Google and Facebook are riding the coattails of news outlets, using the outlet’s news stories to lure away their audiences and advertisers which leads to the platforms also taking from the revenue streams that those news outlets sorely need. This erosion of media revenues through the proliferation of sharing of content for free by the giant digital platforms is a major cause of why AAP is losing subscriber revenue.”

In its submission to the ACCC, MEAA called for a percentage of revenue to be levied on digital platforms for the use of media content, with the funding then to be retained and distributed through a Public Interest Journalism Fund. AAP made a similar proposal in its submission.

MEAA chief executive Paul Murphy said: “In its final response to the ACCC inquiry last year, the federal government failed to pick up on this recommendation or even to introduce proper regulation of digital platforms. The AAP crisis makes it imperative that this proposal be revisited. The government must deal with the serious case of market failure that is resulting in a decline in quality public interest journalism, which is essential for our democracy.

He added: “It’s also incumbent on the media shareholders to not depart the field leaving AAP in such a state. AAP’s shareholders  must explore every opportunity to keep it in operation. Hasty incorrect decision-making achieves nothing. Other ownership and funding structures must be considered. To do less is irresponsible and a genuine threat to the public’s right to know.”

MEAA is currently consulting with its members and MEAA House Committee delegates at AAP to ensure the company’s editorial  staff can have maximum input to developing strategies to assist the company.