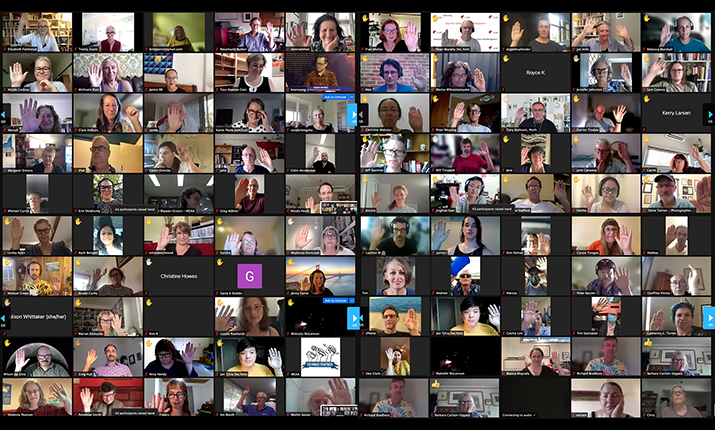 A landmark meeting of freelance media workers from all over Australia has endorsed a new charter of rights that will form the foundation of campaigning to set a floor for pay and conditions and protect quality journalism.

The charter was unanimously endorsed last night by an online meeting of more than 120 freelance journalists, photographers, writers, editors, producers, cartoonists and illustrators who produce a growing amount of the content for Australia’s print, digital and broadcast media outlets.

The charter will be used as the Media, Entertainment & Arts Alliance pursues collective agreements with media outlets that outline minimum rates of pay and deadlines for payment.

“Freelance contributors are an essential part of Australia’s media industry now more than at any other time in our history,” said freelance journalist and MEAA Media Federal Vice-President Erin Delahunty.

“As media outlets have cut back on permanent staff in the quest to reduce costs, they have turned to freelancers to produce content that was previously produced in-house.

“But despite their importance to media outlets, freelance journalism is operating without the safety net of workplace rights. Many freelancers are being exploited with falling wages and declining conditions, holding back the ability of Australia’s journalists to produce the quality journalism that our communities deserve.

“As any freelancer will tell you: there are no minimum rates of pay; there is no job security; superannuation is almost non-existent; payments are often late; and kill fees rare. Freelancers can also struggle to retain copyright over their work and are often not afforded protection from defamation that in-house journalists have under the cover of their employer.

“Until now media outlets have been able to exploit the lack of any wages framework to pay what they like. This race to the bottom has to end and freelancers are now coming together collectively to demand change.”

The deputy director of MEAA Media, Cassie Derrick, said the new charter of rights outlines specific rates of pay and deadlines for payment.

It has been developed following a nationwide survey of freelance journalists last year which found that more than 60% of freelancers earn less than half of the average weekly Australian wage from their media work.

The conditions covered by the charter include rates of pay, including annual increases, timely payment, indemnity, copyright, ‘kill fees’ and ethics.

Over coming months, the charter will form the basis of negotiations with media outlets to entrench minimum rates of pay and other conditions in collective agreements with freelancers.