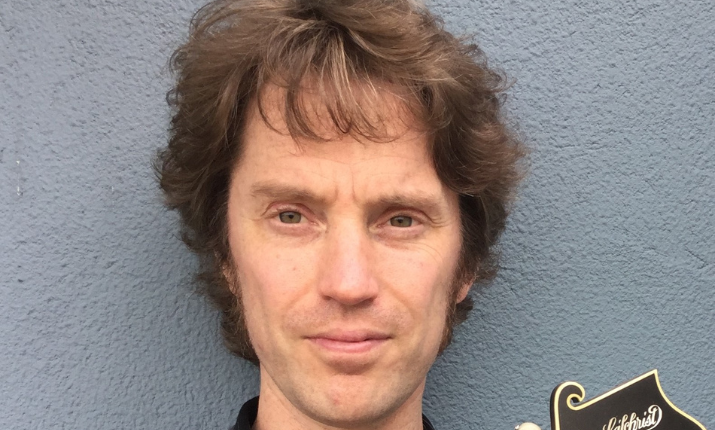 Luke Plumb is a multi-instrumentalist, composer and producer based in Tasmania who has been a member of Musicians Australia since it was created.

My career really started while I was still in high school and I started travelling on the weekends from Hobart to the mainland to play at folk festivals. I began to get asked to guest on recordings and during university I was spending as many weekends away as in Tasmania. In my final year of university a touring band from Scotland asked me to guest with them and then extended an offer to join them permanently so I moved to Scotland and began touring internationally which continued for 12 years.

My career currently consists of national and international tour schedules (both solo and more collaborative projects), independent album production and directing a number of programs for community music learning.

When I lived in the UK for 12 years, I was a member of the Musicians Union there and I first started having conversations about the need for something equivalent here when I returned home in 2014. I spoke with Paul Davies about issues as I saw them in the musical spheres that I move in. As soon as Musicians Australia became a registered union I joined.

I think one of the greatest challenges that professionally operating musicians face is one grounded in destructive public perception. I think there is a chicken and egg scenario where the end result is the devaluation of the profession as work. MA offers a visible face signifying the legitimacy of the work same as any other profession, for both music professionals and the public to see. It also adds a professional solidity that musicians can feel armed with when they enter the negotiating process rather than feel isolated. Finally it can command attention through MEAA at levels that have a real chance at effecting change.

During COVID, I had to transition to a lot more teaching via video. For me it really highlighted the solitary nature of being an independent musician, and in that regard the solidarity felt by engaging with MA and the campaigns being pursued was a genuine help. At the end of the day, being a sole trading professional musician is an incredibly lonely pursuit, for all of the social capital it may earn. The industry is structured in a way that currently the only success that can be won is by defeating competition who are also our colleagues. Not only does MA aim to combat these destructive structures, it also offers the first step in a solution – one built on solidarity.

The only reason not to join is if you are perfectly happy with your treatment professionally and don’t want anything any better. The alternative could exist, but achieving it is only possible collectively.