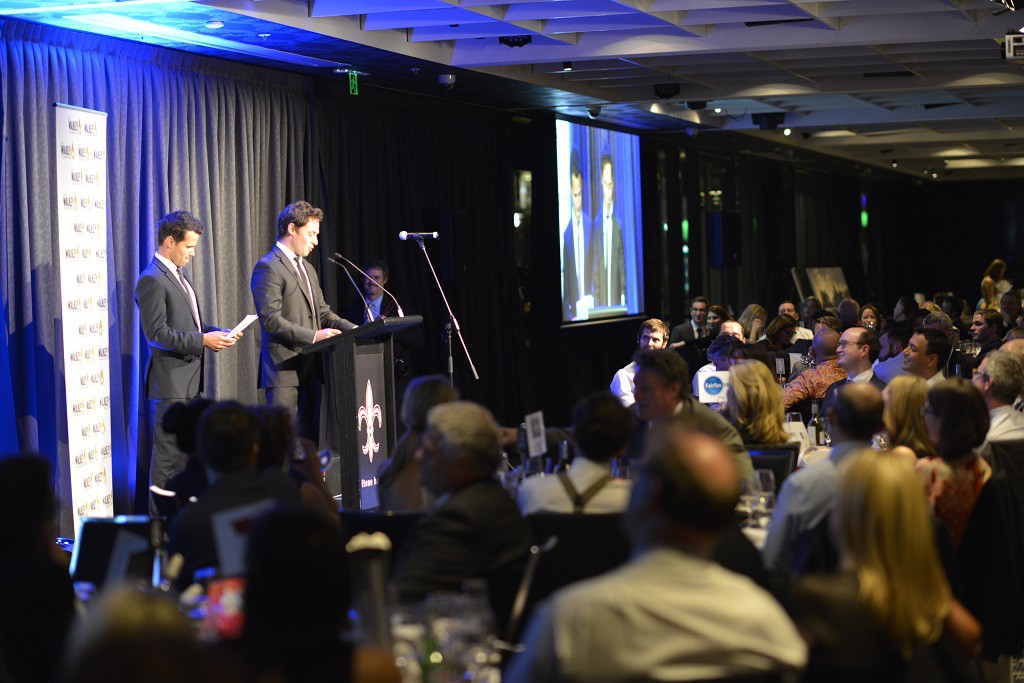 Multi Walkley Award-winning investigative journalists Richard Baker and Nick McKenzie, of Fairfax Media, presented a lively and revealing insiders’ account of their stories on big business and government that often land them in court. You can listen to it here.

Lois and Juris Greste, the parents of Australian Al Jazeera journalist Peter Greste, who remains in an Egyptian jail, flew to Sydney for the dinner and Juris read a moving statement on press freedom from his son.

Monies raised at the dinner go to the Media Safety and Solidarity Fund which supports media rights advocacy programs, and provides emergency assistance for journalists in crisis and contributes to the ongoing education of children of media workers killed or missing in countries including Nepal, Sri Lanka and Pakistan.