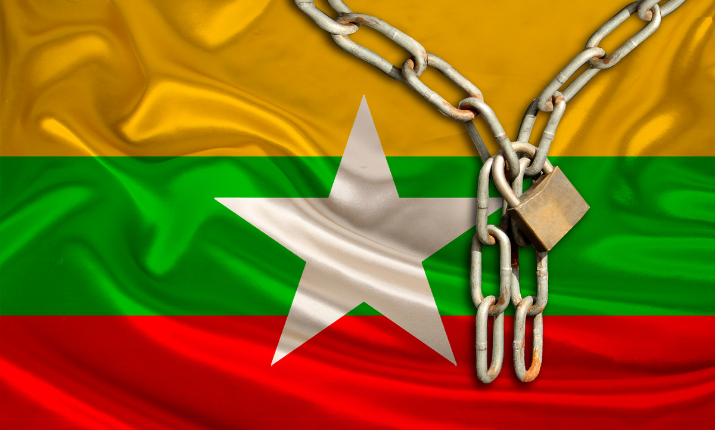 The Media, Entertainment & Arts Alliance is Australia’s journalists union. Together with journalist organisations around the world, we call on Myanmar’s military to allow the full and free functioning of the media and to urgently lift controls that are impeding the media’s duty to inform the public, including blocks on social media platforms such as WhatsApp and Facebook.

The coup has threatened press freedom; freedom of expression is being muzzled throughout the country. Soon after the military takeover, phone lines were cut and internet access was severely limited, hampering the ability of journalists to get word out about the unfolding political crisis. The blackout saw internet activity cut by half, stifling dissent and enabling the coup leaders’ to consolidate their control. The state TV broadcaster was shut down.

The threats to journalists are real. We understand that several journalists have been threatened and physically assaulted. There is increased surveillance and monitoring of media outlets and other civil society organisations. As a result, journalists are admitting to self-censorship in order to protect themselves. Within hours of the coup, a Japanese photojournalist was beaten by ultra-nationalists celebrating the military takeover.

But Myanmar’s journalists are finding ways to keep carrying out their duties. They have returned to using reporting practices that were common under the previous military junta, such as the using  pen-names to hide and protect their real identities.

MEAA stands in full solidarity with our colleagues in Myanmar. We call on the military authorities to respect freedom of the press and to allow journalists and news organisations to go about their work without interference. The best interests of the people of Myanmar are best served by the truth, not its suppression. We urge the Ministry of Information to urgently restore citizen’s access to information on all platforms.

And most importantly, we urge the coup leaders to return Myanmar to democracy and accept the results of the national elections.