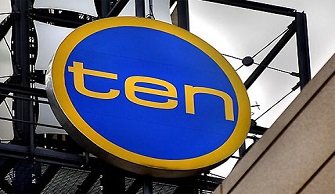 MEAA is concerned for colleagues employed at Network Ten after the company announced it was placing its shares in a trading halt. The company’s future is uncertain as it seeks to restructure its funding arrangements.

MEAA Media director Katelin McInerney said: “This is a difficult time for Ten’s employees. It brings to a head a long period of stress and uncertainty. Despite the difficulties, staff have worked hard to keep the network operational, producing news and entertainment. But it is clear that new media platforms and disrupted advertising revenues are taking a toll.

“We urge all those who are seeking to find a path for Ten’s profitability to look beyond the impulse to slash-and-burn and instead seek smarter solutions that will help maintain jobs at Ten,” McInerney said.

MEAA notes that Australia already has one of the most concentrated media industries in the world and it is vital that Australia seeks to maintain a multiplicity and diversity of media voices.

MEAA also encourages its members to have their say on the future of public interest journalism and make a submission to the Senate’s select committee inquiry: https://www.meaa.org/journalism-inquiry/