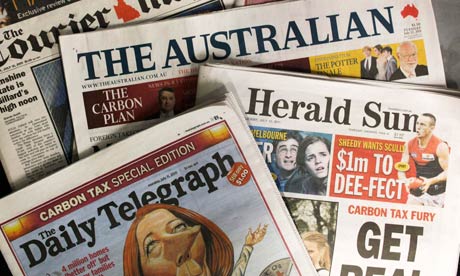 MEAA has called on News Corp Australia to confirm that there will be no forced redundancies as part of its latest round of cost savings measures. Yesterday the company announced it would find $40 million in savings and said that there would also be job losses as part of the cost cutting.

It is particularly frustrating that the announcement of the redundancies came within hours of voting opening for a new enterprise bargaining agreement negotiated between News Corp and MEAA members over many months – with the company’s management never once indicating that further job losses and cost savings measures were imminent.

The latest cuts come after the Australian operations have already slashed costs by 5 per cent in the second half of fiscal 2016.

MEAA believes that News Corp editorial staff have made enormous sacrifices in cooperative effort to improve efficiencies and productivity in the business. Far too often these sacrifices have been made with little or no recognition or recompense from management. MEAA calls on the company to provide assurances that any redundancies will be on a voluntary basis.

MEAA notes that the company has said the latest cuts are “to allow for continued investment in quality journalism”.

The company’s decision to pursue a more digitally-focused approach must recognise that editorial staff are working harder, over more hours, filing for multiple platforms, and are utilising an extraordinarily diverse set of skills in response to the digital transformation taking place in the industry.

News Corp has benefited greatly from these sacrifices. News Corp must accept that genuine investment in quality journalism must not trample on editorial staff who are the engine room of News Corp’s products.

MEAA will seek meetings with management in coming days and will keep MEAA members at News Corp informed of developments.

MEAA has been proudly representing journalists for 112 years

May 18, 2022 #MEAAMedia, MediaRoom, Other statements, Releases
MEAA is a democratic organisation controlled by its members through ...