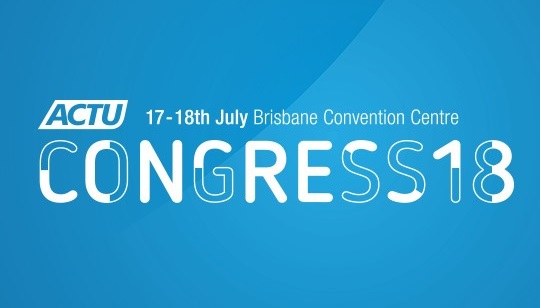 Several industrial relations reporters have been excluded, despite many travelling from interstate to report on the Congress.

MEAA Media section president Marcus Strom said: “This is the first time anyone can recall journalists being excluded from the Congress dinner. It is particularly absurd as journalists are being locked out while attendees are inside live tweeting and posting to social media.

“The ACTU is an important organisation. A speech to the ACTU delivered by the alternative prime minister is an important event. The exclusion of journalists trying to do their job should not have happened and it shouldn’t happen ever again.”