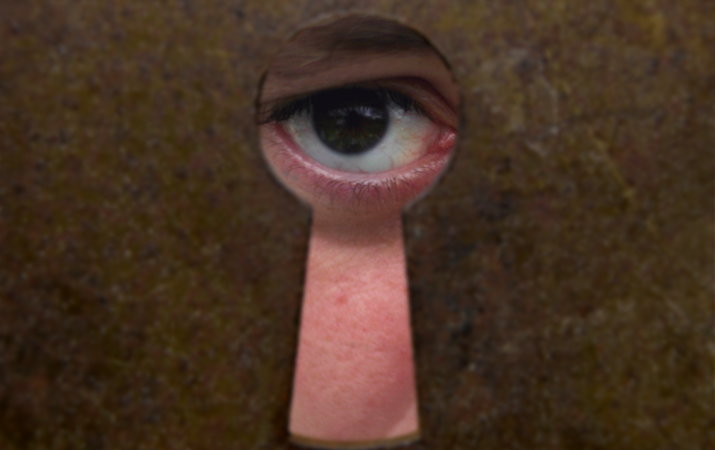 Press freedom allows journalists to scrutinise and report accurately on governments, big corporations and the powerful in our society.

Only with genuine press freedom can we, the voters, make informed decisions at the ballot box every couple of years.

Without it, the public can be kept in the dark about what is really going on and what governments do in our name.

In Australia recently, we have seen changes that threaten to restrict press freedom, constrain the way journalists work, and muzzle legitimate news stories from becoming public.

It is no exaggeration to say that when these changes are combined, they represent the greatest assault on press freedom in Australia in peacetime and legitimate journalism in the public interest is being “criminalised”.

That cannot be good for our democracy.

That’s why in this election year, MEAA is using the countdown to World Press Freedom Day on May 3 to call on everyone to #vote4pressfreedom.

We want to remind people of the importance of press freedom in a healthy functioning democracy, and put a spotlight on these recent changes.

These changes include the metadata retention laws, which allow government agencies to secretly pursue journalists’ confidential sources, such as whistleblowers; and Section 35P of the ASIO Act, which has jail terms of up to 10 years for legitimate public interest reporting on ASIO special intelligence operations.

We know that the Australian Federal Police are being asked to pursue whistleblowers, particularly in relation to asylum seeker boats. And the new Border Force Act threatens to imprison people for tell the truth about what really goes on in offshore detention centres. 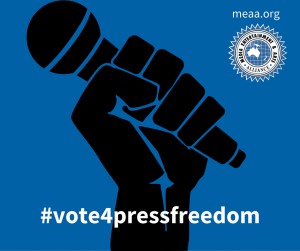 The most recent laws passed the Parliament with bipartisan support. Nothing will change unless journalists and the supporters of press freedom raise the volume.

During the countdown to World Press Freedom Day, MEAA is raising awareness about these changes and seeking to have press freedom put onto the political agenda in this election year.

It is only by making press freedom, the public’s right to know, and freedom of expression, key public issues in this election year that we can make federal politicians rethink their actions that impinge on press freedom.

That’s why we are urging members to #vote4pressfreedom between now and May 3, which is designated World Press Freedom Day by UNESCO.

While MEAA’s campaigning focus is primarily on press freedom in this country, attacks on press freedom are a global problem. Around the world, our colleagues face government intimidation, restrictions on free speech, arrests and violence, and even death as they go about their jobs of exposing corruption, injustice and abuses of power. Worse still, the killers of journalists are getting away with murder because of the global problem of impunity.

Australian journalists working overseas are not immune from these attacks; just ask Peter Greste or the Four Corners team recently detained in Malaysia. But also think about the failure of successive Australian governments to bring to justice the killers of the Balibo Five, Roger East, Paul Moran, Juanita Nielsen and Tony Joyce.

In addition to World Press Freedom Day, the annual Press Freedom Australia Dinner – a MEAA initiative in conjunction with the Walkley Foundation and the International Federation of Journalists Asia-Pacific, will be held in Sydney on Friday, May 6.

The keynote address will be from Gold Walkley and Graham Perkin Journalist of the Year award winner, Adele Ferguson. You can purchase tickets for the dinner here.

Proceeds from the dinner, and from the Press Freedom Australia Raffle, go to the Media Safety and Solidarity Fund, providing support to colleagues in the Asia-Pacific region in times of emergency, war and hardship, including educating the children of slain journalists.

And also in the first week of May, the Australian Press Council will celebrate its 40th anniversary with an international conference in Sydney on May 4-5 titled ‘Press Freedom in a Challenging Environment’.