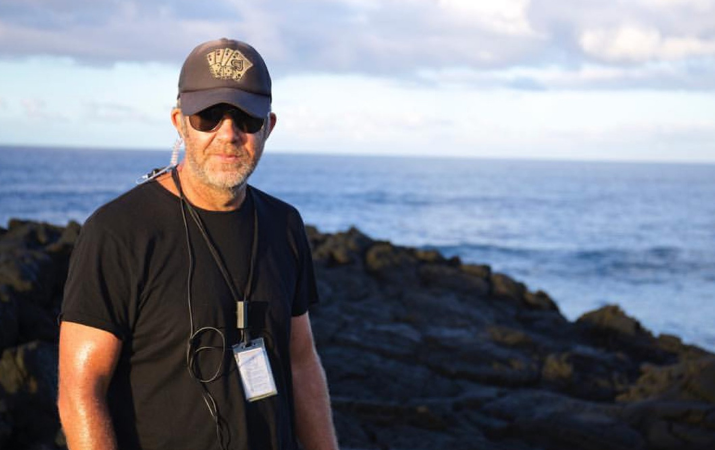 First Assistant Director John Clabburn (JC), a well-respected MEAA member who worked nationally and internationally for over 30 years, died suddenly in April after a tragic accident at home, leaving behind his wife Melissa and his two sons Josh and Lewis. JC was farewelled by his friends and family in Sydney on June 22. Among them Australian director Peter Duncan, who remembers his insightful, professional and loyal friend with this tribute.

John Clabburn was known to all as JC. To call him John on set was considered by him to be verbal assault. But he was so politically incorrect that he could never complain to authorities. He thought that would be hypocrisy. Such was the binary nature of his life.

“JC” is really up there in terms of monickers. As abbreviated names go, it really doesn’t get much higher than JC. But, of course as with all things, in choosing to be known by those initials, he was being subversive because that’s what he always wanted to be.

Tall, with compelling eyes and a wonderful baritone, he was a witty man who sought out the cheeky and the naughty whenever he could smell it. His tongue was wicked and often quietly brutal but it was oh so very funny.

But there is a paradox in the binary nature of his life. Wickedness on one side and absolute love and loyalty on the other. Talent on both.

His adoration for his wife, Melissa, and his children, Josh and Louis, knew no bounds. They were the true source of his life’s joy. He spoke about them freely, to anyone and with such fierce pride and passion.

And in his work as a First AD, he was nothing but insightful, professional and loyal. It is a rules-based job and he made sure he followed the rules and he did so immaculately. Anything to help the team get through the shooting day with grace and dignity.

But I’m sure part of the reason he followed the rules so well was that he was creating a permission structure for himself in which he could still be naughty and do a great job at the same time.

He treated everyone with respect. And he honoured our profession. He just loved making great drama and a good, if somewhat beautifully crafted, barbed gag occasionally.

His career crossed Australia and the globe. TV. Features. “Reality”. In his last decade, he spent a lot of time on Survivor. Facing enormous and sometimes, dangerous physical challenges here and in Africa and South America. And sharing some of those experiences with his family.

He garnered a loyal cohort of wide-eyed ADs, whom he taught the importance and utility of respect and calm discourse - and a steady eye. And to look super cool.

I had the privilege of working with him on a tele-movie, a feature and a six part series. And in no small part because of his intelligence, talent and sensitivity, these were productions that engendered great work and joy.

He loved drama - of whatever nature - I suspect he tended towards the comedic side of the tent. He liked observing people under pressure. So, in that respect at least, he found the perfect job.

JC was offered an opportunity to start his own directing career shortly before he passed at the cruelly young age of 52 as a result of a gardening accident.

JC is and will be greatly missed by his family, friends and colleagues.

For me, we are still driving to a location that remains a mystery.