A tireless campaigner for safety on set

For almost three decades, Julie Deakins has fought to improve safety in the screen industry. For her efforts, she is to be awarded a MEAA Gold Honour Badge. 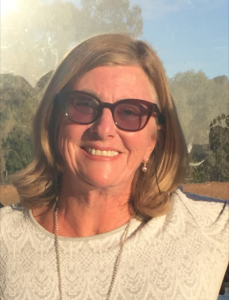 Julie Deakins remembers the days of the Australian screen industry when “ambulances would be lined up set to take the stunties to hospital”. When she started in the industry in the early-1990s, there was still a cavalier attitude about safety that Julie was determined to change.

Julie has dedicated the past quarter of a century to improving health and safety on film sets, particularly for children, and is set to be formally recognised this month for her work in the industry and for MEAA with a Gold Honour Badge.

Also to be honoured at an event in Sydney on December 11 will be Ray Brown, who will receive life membership, and Jenny Ward, who will also be given Gold Honour Badge.

Julie Deakins began her career in the screen industry in 1992 on the ABC TV drama Police Rescue. She was living and running a medical centre in Thredbo in the Snowy Mountains at the time, and responded to a call for a registered nurse to work on set during filming in the area.

She spent a couple of years working on the program, which led to other work in film and TV as a safety officer and nurse. She has worked on big feature films such as Mad Max: Fury Road, Australia, The Great Gatsby and X-Men Origins: Wolverine, television series, reality TV programs, advertisements, documentaries, live performances, even Olympic Games ceremonies – anywhere a nurse or safety officer is needed.

Ironically, working in screen had been Julie’s ambition when she was at secondary school, but at her parents’ insistence, she put her dreams aside, studying economics and later nursing before the opportunity came up on Police Rescue.

“It’s interesting that I ended up where I did,” she says. It is the sheer variety of the work that has kept Julie in the industry since.

It was not long after she started on Police Rescue that Julie joined MEAA. She was already a member of the nurses’ union and understood well the role that unions play in keeping workplaces safe and healthy.

And back in those days, film sets really were unsafe places to be around.

“When I first got into the industry, they had ambulances lined up ready to take the stunties to hospital when they got hurt,” she says.

“There was an attitude that if you got paid for it, you had to be prepared to get hurt but that wasn’t something I agreed with. I felt that if you have the money to pay for medical care afterwards, you should put the money in to start with to prevent injuries.”

It’s nice to get some recognition. But more to the point, it’s good to get recognition of safety in the industry.”

Julie vividly recalls an incident many years ago when a five-year-old child was required to supervise a two-year-old during a scene in which trains were being shunted on both sides of them.

“When I raised concerns, the producer’s answer was to tie some string to the two-year-old [to prevent her straying onto the tracks]!

“The biggest change I’ve seen is to that acceptance that it was okay to be paid to be hurt. Yes, there are still injuries where things have gone wrong, but it’s much different now.”

Passionate about minimising risks on set, particularly for children, as a nurse and a safety officer, Julie has campaigned for safety to be taken seriously, not just for cast, but for crew also.

She has seen broken bones, stitches, torn muscles, head and eye injuries, and a range of other ailments, caused by both the physical stress of shooting scenes and the heavy and dangerous equipment that is on set.

She says that long working hours and fatigue adds to the risks of people being hurt due to mistakes and lack of attention when people are tired.

During a three-year stint working for MEAA in the early-2000s as its occupational health and safety manager while also studying for her Masters in Occupational Health and Safety Management at UTS, Julie implemented OHS research, training and projects into media and entertainment workplaces.

Julie has tutored and lectured at both AFTRS and the NIDA open programmes, presented at various National Safety Meetings and continues to keep a keen interest in updating both her medical knowledge and skills and keeping abreast of safety trends.

A former federal councilor, she says membership of MEAA provides opportunities to collaborate with other screen workers to improve safety in a disjointed industry.

“It’s nice to be recognised [through the Gold Honour Badge] – I’ve been to many, many meetings of the Alliance over the years and it’s nice to get some recognition. But more to the point, it’s good to get recognition of safety in the industry.”