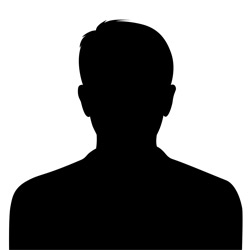 Casey Bradley is an Australian born actor, based in New York City, and a US Green Card holder. Bradley has appeared on the Australian popular television show Skithouse (Network10), as well as featuring in several independent films produced in New York including Another Round (Brandon Regina), Revenge: Aegean Mafia (Secret6Train Productions), Michelles Not Dead (L.E. Productions), and The Fight For Tomorrow (CutItFilms). New York Off-Broadway credits include Through the Cracks (HERE Arts Center), Ivy Walls (3 Legged Dog) and Boeing Boeing (3 Legged Dog). Regional Theatre credits include Boeing Boeing (Breckenridge Backstage Theatre Company), and As You Like It, Romeo and Juliet and A Midsummer Nights Dream (Australian Shakespeare Company/Young Bards). Casey has also assisted in developmental readings at The New Group in New York, as a part of the ‘No Limits Reading Series’. Casey is an alumni of the Actors Studio Drama School (MFA Acting), where she studied under Elizabeth Kemp, Susan Aston, and Jacqueline Knapp. Casey is also an alumni of the Royal Academy of Dramatic Arts (Gold Certificate: Shakespeare), the University of Melbourne (BA Arts: Theatre Studies and Creative Writing), and was a private student of Colette Mann. Casey previously held the title of Artistic Director for MU Shakespeare in Melbourne, where she directed productions of Macbeth and The Merchant of Venice, was a Youth Ambassador for the Melbourne Theatre Company (MTC), and is as a film producer in New York for several films, commercials and music videos. Casey is a also renewed Finalist for Lifetime Membership at The Actors Studio and a proud member of MEAA Equity.