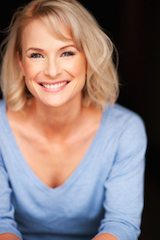 Last year Anna had the privilege of touring the country with Bell Shakespeare for a year. She has just finished performing in a new show by Stephen Sewell for the NIDA director’s program. Anna now works steadily as an actor: largely in the roles of performer/facilitator in corporate and medical training. Anna studied acting at the Adelaide College of the Arts and was awarded the Minter Ellison Rising Star Award in her graduating year. In 2012, following a sell out and award winning Adelaide season, Anna toured to the Edinburgh Festival Fringe with Early Worx’ production of Love Child (Critic's Circle 'Pick-of-the-Fringe' Award). In 2013, Anna had the privilege of working with State Theatre Company SA and Flying Penguin Productions on the critically acclaimed play The Dark Room at Holden St Theatres (nominated for Best Drama - ATG awards 2014) Her screen work includes guest roles on McLeod’s Daughters and Chuck Finn as well as numerous TV commercials, corporate videos, and films. Anna has also worked as an acting teacher and she made her directorial debut in 2013 with a production of John Romeril’s Mrs Thally F at The Adelaide College of the Arts. She is a proud member of Equity and the Equity Diversity Committee. Represented by Helen Pandos Management.