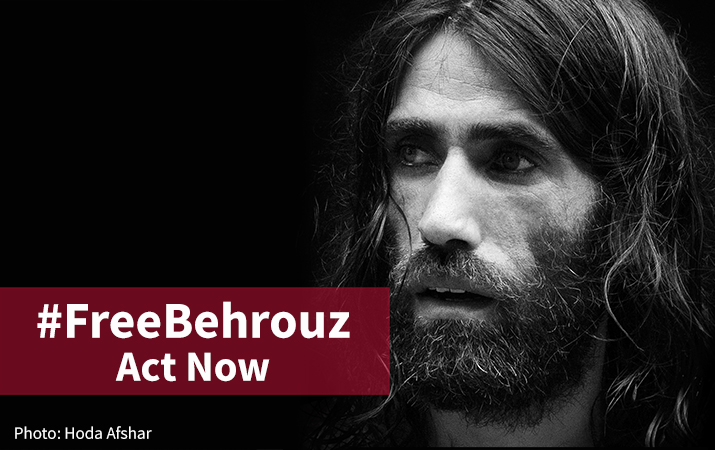 Dozens of leading Australian writers and journalists have signed an open letter calling for Boochani to be freed, and now you can add your name here.

Boochani fled Iran in 2013 and was aboard a boat carrying asylum seekers that was intercepted by the Navy as it attempted to reach Australia that year.

He has been incarcerated on Manus Island ever since. His 2018 book about his experiences, No Friend but the Mountains: Writings from Manus Prison, won two prizes at the Victorian Premier’s Literary Awards earlier this year.

MEAA chief executive Paul Murphy said Boochani’s safety and welfare had deteriorated since the publication of the book, and the case for releasing him from Manus Island was now urgent.

“Behrouz has effectively become a marked man since the fame that his book has brought him,” Mr Murphy said. “In November 2017, he was targeted and arrested by Manus authorities during a protest by asylum seekers. He is now constantly threatened and we have grave concerns for his safety while he remains on Manus Island.”

Peter Greste, now spokesman for the Alliance for Journalists’ Freedom and UNESCO Chair in Journalism and Communication at the University of Queensland who spent more than a year in an Egyptian prison while reporting for Al-Jazeera in 2015, said Boochani had courageously worked as a journalist chronicling life on Manus Island for publications in Australia and overseas, while also helping Australian-based journalists cover the situation there.

“Behrouz represents the best of journalism in his brave reporting which has revealed the unpleasant reality of the ongoing incarceration of hundreds of asylum seekers on Manus Island,” he said. “But Behrouz’s own detention brings shame upon our nation, and undermines Australia’s credibility as a leader for press freedom across the Asia-Pacific region.”

In the open letter, journalists and writers extend a welcome to Boochani as “a valuable member of the contemporary Australian literary community”.

“We call on the Australian government to allow Behrouz Boochani into our country, where he can continue to work safely as a journalist and writer,” the letter says. “We also urge that he be offered a pathway to permanent residency.  We will all be enriched by this.”

TAKE ACTION: add your name to the open letter.