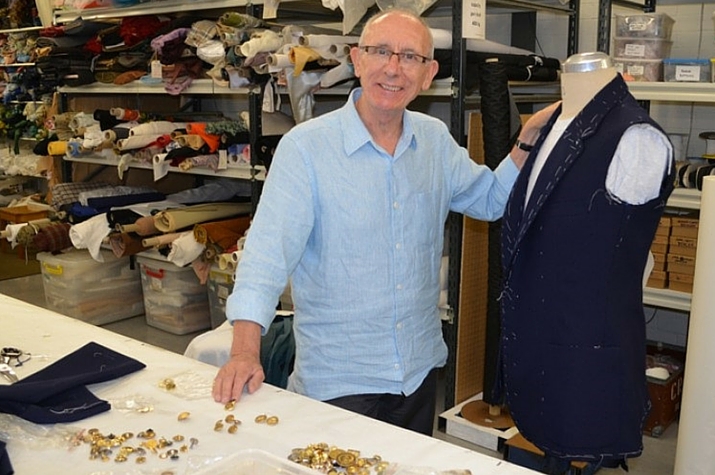 Forty two years is a long time to be in one work place by today’s standards, but costume maker John Molloy’s days, like his costumes, are never the same.

After arriving in Australia in 1973, his Australian colleagues from his previous role at the BBC London told him about this great theatre company MTC in Melbourne. On his second day in the country, he applied and got the job and never left.

Theatre costumes have always been his passion. Although he has worked on some of the biggest film productions in Australian history including Squizzy Taylor and Moulin Rouge, some of his favourite moments have been at MTC.

“A Little Night Music was the most beautiful play we’ve ever worked on. Stephen Sondheim musicals are terrific fun to work on. It’s a complete theatre experience: interesting acting, the stories are complex and it’s usually in a period so you get plenty of costume.”

Period costumes seem to be the grand prize for costume makers, projects they can really sink their teeth into and showcase their skill.

“We love the work [with period costumes], all costume makers will tell you that. We hate jeans and t-shirts. We love big theatrical shows; it’s testing, it’s demanding, it’s dramatic, and the actors actually shut up while we dress them.” Molloy explains.

In a career spanning four decades, Molloy has seen many changes to the industry, with the rise of television production and, the decline of theatre consume departments around the country, as well as the implementation of safety into the workplace.

“There are a lot of fundamentally good things that have happened. I would think being a long term unionist I wish there was a much bigger union. Membership is essential when dealing with management. If we don’t have strong representation in all areas of the business we have virtually no representation.” He says.

While there may be changes to the way the industry operates now, the advice for people starting out is clear: you need to get skilled.

With fewer jobs in the costume department in theatre from when he started, Molloy believes that having a good transferrable skillset is the key to working in the entertainment industry.