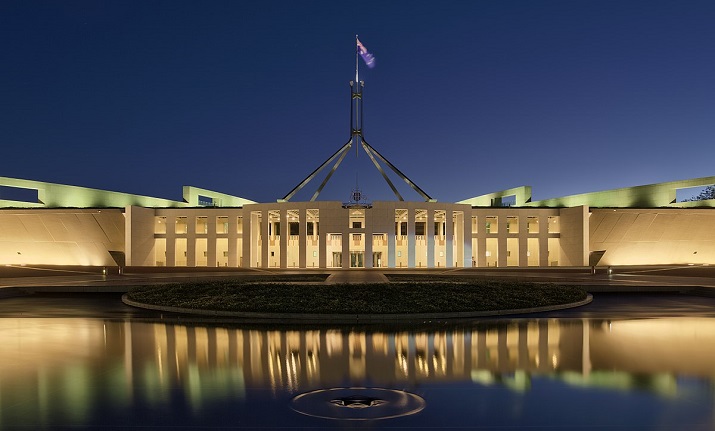 MEAA chief executive Paul Murphy has told a Parliamentary inquiry that there is an urgent need to overhaul Australia's laws in order to promote press freedom.

MEAA, together with the other media organisations that make up the Australia's Right To Know group, have called for reforms to the Australia's legal regime in order to decriminalise public interest journalism, protect whistleblowers who expose misconduct, ensure the public's right to know what our governments do in our name, and reform the uniform national defamation regime.

His remarks were made in an opening statement to the Parliamentary Joint Committee on Intelligence and Security inquiry into the impact of the exercise of law enforcement and intelligence powers on the freedom of the press. Murphy said:

"MEAA is a member of the Australia’s Right To Know group of media organisations and has participated in the preparation of the ARTK submission to this inquiry. MEAA fully supports the submission’s content and recommendations. MEAA appreciates the opportunity to appear at this public hearing.

The public’s right to know is a key tenet of a healthy, functioning democracy.

It is one of the responsibilities of open and transparent government.

In April this year, MEAA’s annual press freedom survey found that the national security and metadata retention laws, the widespread use of defamation laws, and excessive court issued non-publication orders are combining to make it more difficult for Australian journalists to do their jobs.

The survey found that:

- 63 per cent of journalists believe the overall health of press freedom in Australia is “poor” or “very poor”.

- And 85 per cent say press freedom has worsened over the past decade.

In each of the surveyed issues currently surrounding press freedom, more than half the journalist respondents say Australia’s performance is woeful.

And why? Because increasingly  governments are looking to operate in secret; shroud its activities and suppress all the information about them; discourage freedom of information searches; pursue and punish whistleblowers; and place barriers in the way of journalists seeking to tell the truth of what governments are doing in our name.

Waves of new laws have been introduced by our Parliament. They are framed as being about “national security” but contained within them are powers allowing the government to intimidate the media, hunt down whistleblowers, and lock-up information.

This national security assault on press freedom has worked to criminalise legitimate journalism. The various tranches of national security legislation when applied to journalists and their journalism, clearly have little to do with protecting the nation and more with making sure the public is kept in the dark. Prison terms for reporting on the activities of government agencies and for handling certain information are now enshrined in laws that were examined by this committee.

Journalists’ sources continue to be targeted and intimidated. While new laws seek to provide some whistleblowers with protection, and only under certain conditions and in defined circumstances, there are a number of high profile prosecutions.

The court actions mounted against Witness K and lawyer Bernard Collaery, the threat of 161 years in prison being faced by Richard Boyle, and the charges against former Defence Force lawyer David McBride all demonstrate that even when whistleblowers have told their stories to journalists and the public finally learns the truth, the truth tellers will still be pursued and punished.

Meanwhile, the government continues to equip itself with new weapons in the attack on whistleblowers. Having used the metadata laws to capture everyone’s telecommunications data, Journalist Information Warrants allow government agencies to secretly access journalists’ and media organisations’ data for the explicit purpose of identifying a journalist’s confidential source — thus placing the journalist in breach of their key ethical obligation to protect the source’s identity under all circumstances.

And the peak of the intimidation of whistleblowers and journalists came during four days in June.

- On June 3, Ben Fordham of 2GB is pressured by an official from the Department of Home Affairs to reveal his source for a story about asylum seeker boats.

- On June 4, there’s a dawn raid by the AFP on a journalist’s home that goes on for seven hours.

- On June 5, the AFP raids the offices of the ABC, using a warrant so dangerously broad that it allows the AFP to “add, copy, delete or alter” material in the ABC’s computers;

- On June 6, the AFP calls off what was a planned raid on the offices of News Corporation.

Four days of outrageous and unprecedented assaults on press freedom in Australia. Four days that caught the world’s attention and besmirched Australia’s reputation as an open and transparent healthy, functioning democracy.

Locking up information, punishing those who tell the truth, and placing barriers in the way of information getting out — all these are increasingly tainting Australian democracy.

It’s time to push back this tide of secrecy, intimidation and harassment — not least because government has granted itself and its agencies extraordinary powers that are getting dangerously out of control.

The public’s right to know must be upheld and championed by all those that value it. Empty words by politicians who say that “of course, we believe in press freedom” must be followed up with genuine action.