MEAA seeks paid overtime ahead of TOIL for journalists 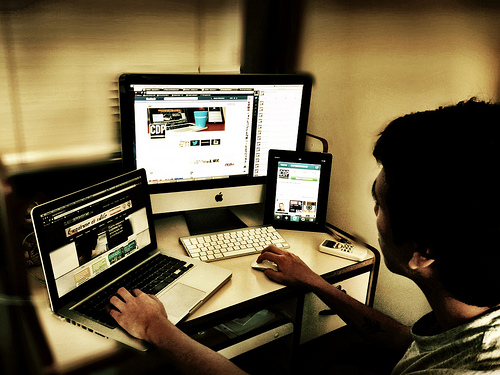 MEAA has called for changes to modernise the two key Awards for journalists to ensure they are financially compensated for overtime they work.

In what would be a change from existing practice in many newsrooms, all journalists covered by the Journalists Print Media Award (JPMA) and the Broadcast and Recorded Entertainment Award (BREA) would receive overtime pay, unless they opted in writing to receive time off in lieu (TOIL) for any extra hours they worked. MEAA’s claims will be heard by the Full Bench of the Fair Work Commission on December 5.

Against heavy opposition from employers, MEAA is seeking to have a clause inserted into both Awards to recognise the right of journalists to be paid for overtime. This would reflect the reality of the modern media workplace, where increased work intensification and under-resourcing of staff means TOIL is often impractical, and journalists are in practice not being compensated at all for their extra work.

MEAA has lodged a submission with the Fair Work Commission urging changes to be made as part of a review aimed at modernising these key industrial Awards.

MEAA argues that the existing TOIL provisions in the Awards are inadequate and often ignored by employers. As journalists are working harder and for increasingly longer hours, the opportunity to gain “time off” for rest is very poor.

“The provisions provide no adequate compensation for the time worked,” MEAA submits. “There is nothing so special about journalism that journalists should be excluded from provisions now standard in most industries... The Full Bench should vary the Award to include the model provision.”

Media companies have lodged their own submissions opposing any change in the JPMA to allow for a TOIL model provision to be included in a modern version of the Award. Employers have not challenged the inclusion of the new provision in the BREA.

It’s abundantly clear to journalists that they are working harder than ever before. The demands of digital technology, the need to provide content for multiple news platforms and the challenges of trying to break stories almost immediately have all led to journalists to do more and more. Journalists are also required to learn new skills, often without training support from their employers.

And the rise of digital technology has triggered redundancies across the industry meaning newsrooms are shrinking - for the journalists that remain, work intensification has become a critical problem.

Leading industrial relations journalist and MEAA member Mark Skulley says the current JPM Award was “derived from earlier Awards that mostly dealt with newspapers. It is largely silent on digital journalism, even though new research indicates social media (like Facebook and YouTube) is only just behind television as Australia's main source of news.”

Skulley has supported MEAA’s submission with a statement in which he cites job losses, structural change and digital rivals as fundamentally altering the news media and the workplaces that sustain it.

The result: “The individual journalist is under pressure to publish news online and in multiple channels as quickly as possible, rather than holding it back to be published in a newspaper which comes out the next day. Reporters at combined print-digital operations have to file online, provide updates and then look to develop the story for the next day's paper,” Skulley says.

“The reality of modern newsroom practice and structures means the Fair Work Commission should focus on the work now performed and how it has impacted the working lives of journalists and other editorial employees when reviewing the Journalists Published Media Award 2010.”

The overtime problem is widespread. MEAA conducted a survey of predominantly digital journalists between May and August this year and found that of the 209 respondents, 164 were regularly working over time. Of the 144 full-time workers surveyed, 20 were regularly working more than 10 hours of overtime every week. In fact 65% of respondents said they did more than four hours of overtime every week.

But there is no clear recognition of how to compensate for the hours of overtime being worked. Hence MEAA’s call for changes to the award.

In the survey, only 11 respondents said they were happy with the time-off-in-lieu (TOIL) arrangements that were in place to compensate them for the overtime they worked. Others said they didn’t receive any TOIL but would prefer to receive financial payment for their overtime which would boost their low income, help them to be more financially secure in an uncertain industry and compensate them for missing out on social time with their families.

“The overwhelming majority of participants would prefer to be compensated for overtime through direct payment at overtime rates,” said MEAA director of Media, Katelin McInerney in a witness statement prepared to accompany the submission.

“The majority of workers felt that more fairly recognised the considerable overtime they work, and would greatly assist to bump up what they consider to be very low wages . . . Many also said they felt their employer was more likely to deal with excessive overtime if they were made to pay for it – and would better serve both the disincentive motivation of paid overtime and more adequately recognise the work MEAA members are putting in to get their respective publications out to their audiences.”