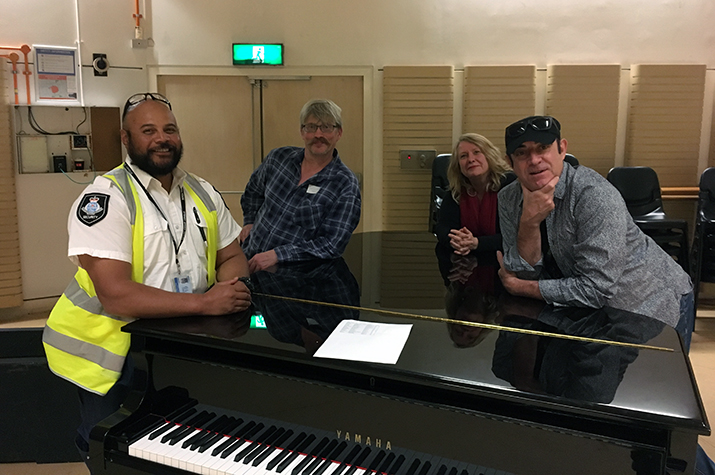 There is a spirit of renewal at the Sydney Opera House, starting with the refurbishment of the Joan Sutherland Theatre, which is currently underway.

But behind the scenes, another form of renewal has also been taking shape as MEAA’s staff delegates at the House are brainstorming new ways to grow in the workplace.

Though happy to see the 2.5% pay increase come into effect this financial year, hard won during last year’s negotiations, the delegates are eager to define their roles as being much more than just bargaining representatives each time an EBA comes round.

The delegates are focusing on four specific areas for growth: consultation and communication; heightening our presence; diversifying our membership; and promoting collective values.

The Opera House is one of Australia’s – if not the world’s – most iconic venues for live performance and entertainment. About 800 people work there, and MEAA has 14 delegates across most parts of the organization.

“Because we are such a diverse workforce, we need to create a sense of the SOH,” says Garry Finch, who also works in staging.

“[This involves] finding out what the members want, but also being able to channel communications to them.”

“Talk to your fellow workers and just be part of the community.”

Among the Opera House delegates is David Turnbull, who works in sound and is also the recently re-elected national president of MEAA’s Entertainment, Crew & Sport section.

“There are a lot of new creative positions at the SOH which have diversified the workplace and they don’t realise they are able to join the union,” he says.

“MEAA covers a diverse group so what it has given me is a sense of collectivity with people in the orchestra, people in security, people back stage and front, people I  would have otherwise passed in the hallway and never met.”

In a practical example of the ongoing work of the delegates, a fatigue management committee has been formed which meets monthly. Through this forum, delegates have foregrounded the long term issue of fatigue which affects all live performance technicians.

Garry Finch says participating in the union is not difficult.

“Talk to your fellow workers and just be part of the community that we are,” he says.