This year marks the 100th year anniversary of the Australian Theatrical and Amusement Employees’ Association (ATAEA) now known as the Entertainment, Crew & Sport section of MEAA.

The ATAEA was formed on both a state and national level in the decade after Federation and eventually evolved to cover theatrical and cinematic employees, outdoor sports ground staff and many in the television industry.

To mark the occasion, we wanted to share some images and articles from our archives, as well as speak to some of the members who were a part of history.

This photo of the first stage crew at Perth's His Majesty's Theatre, was taken in 1904 before the creation of the Australian Theatrical and Amusement Employees’ Association in 1915, now known as the Entertainment, Crew & Sport section of MEAA. 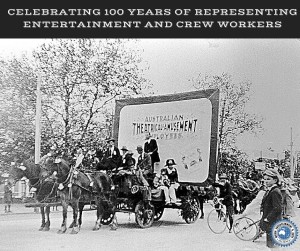 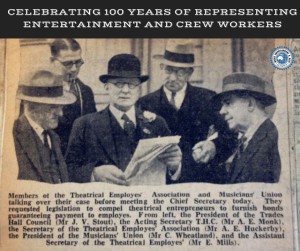 A newspaper clipping from 1923 showing early leaders of the ATAEA getting ready to fight for guaranteed payments for their members. 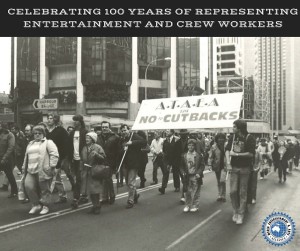 ATAEA members march for better conditions in Sydney in 1987

If you have a story to tell about a great historic win you were involved in with the ATAEA, please contact Comms@meaa.org or call Lauren Katsikitis on (02) 9333 0928