Erin Madeley will succeed Paul Murphy as the Chief Executive of the Media, Entertainment & Arts Alliance.

Ms Madeley, currently Director of Operations at MEAA, was successful in an extensive recruitment process which attracted a large field of candidates. 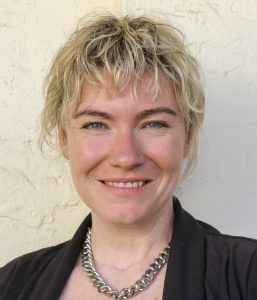 “I am delighted to announce that Erin Madeley will be MEAA’s next Chief Executive,” said Federal President, Simon Collins.

“Our recruitment process attracted a large field including many very impressive candidates, but in the end the Board was unanimous in its endorsement of Erin as the best person to lead MEAA into the future.”

Ms Madeley first became a MEAA member as an acting graduate in 2007.

“I remember feeling so proud to join my union,” she said.

“I knew being union meant I was part of something powerful and that I would be part of building a better future for creative people.”

Since then, Ms Madeley has worked for MEAA, initially as part of the member services team, then as an organiser, as Director of the Entertainment, Crew and Sport Section, and for the last three years as Director of Operations.

“I am incredibly excited and humbled to have this opportunity. MEAA is driven by members with incredible talent and passion. I look forward to working with all of them as we continue to build strength and assert their value to the communities they serve.”

Outgoing Chief Executive, Paul Murphy, will remain with MEAA for a period of time to facilitate handover and transition.

“The Board has made a great decision in appointing Erin. MEAA’s future could not be in better hands,” he said.

“It has been an enormous privilege to lead MEAA for the past seven years. The union is in a strong position now and under Erin’s leadership it will only get stronger.”