Your Right to Know

When the government keeps the truth from you, what are they covering up?

You have a right to know what the governments you elect are doing in your name. But in Australia, people who speak out are penalised and journalism is being criminalised. It needs to change.

The Australian media has come together in an unprecedented way to defend the growing threat to media freedom this country is facing, with a widespread public campaign across every major media outlet.

This campaign is a culmination of efforts by Australia’s leading media organisations and industry groups, over a decade, to protect the Australian public’s right to know.

The campaign kicked off on the evening of Sunday, October 20 with television ads across commercial networks, followed by the front pages of Australia’s newspapers redacted on Monday morning, as well as further coverage across radio and digital nationally.

The campaign is sure to get the nation talking and we encourage you to take part in the discussion on social media using #righttoknow. Find out more at the official campaign website: yourrighttoknow.com.au

Use this image as your profile picture on your social media accounts. 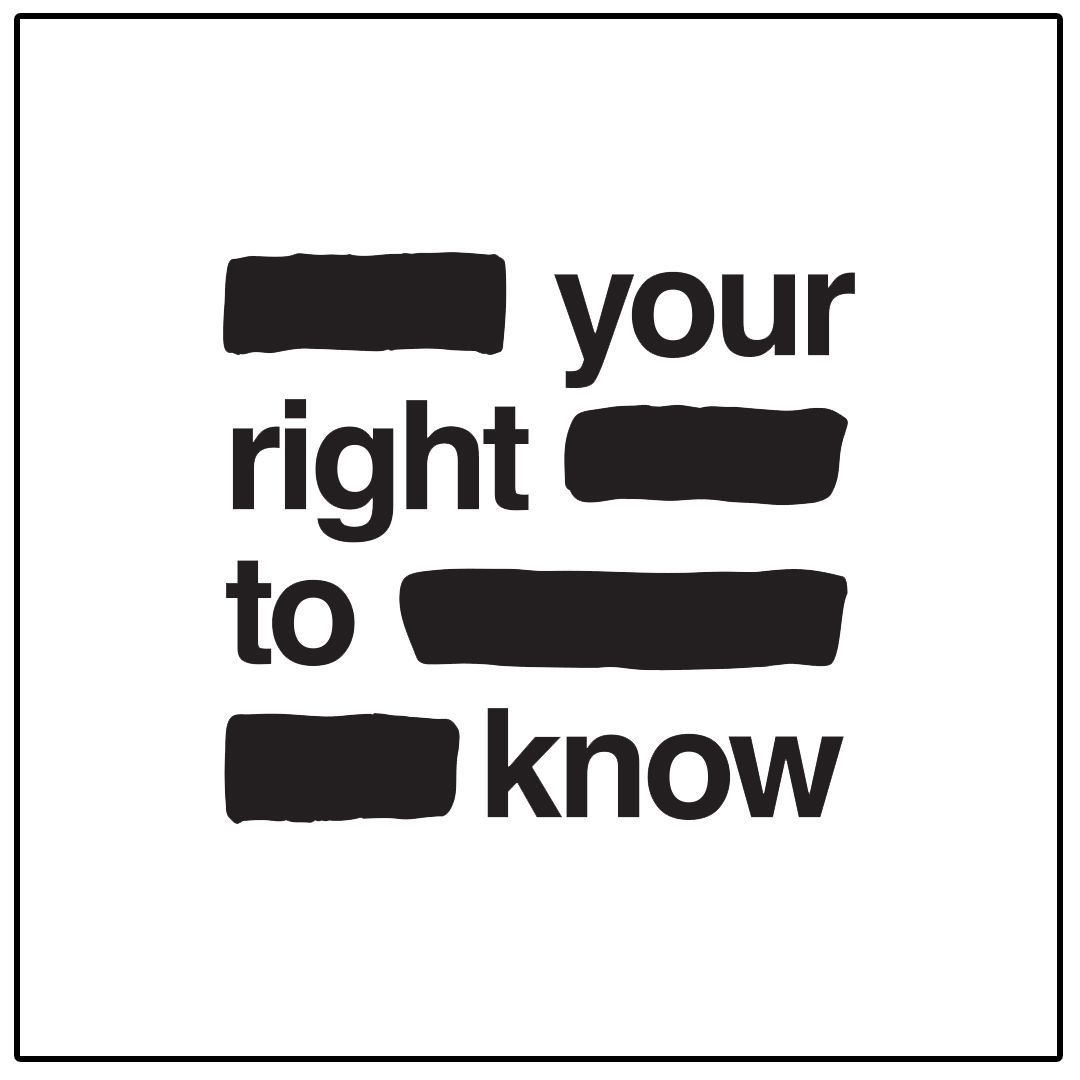 You can also show your support for the campaign by adding a filter to your profile photo on Twitter and Facebook. You can do this easily, via this link. 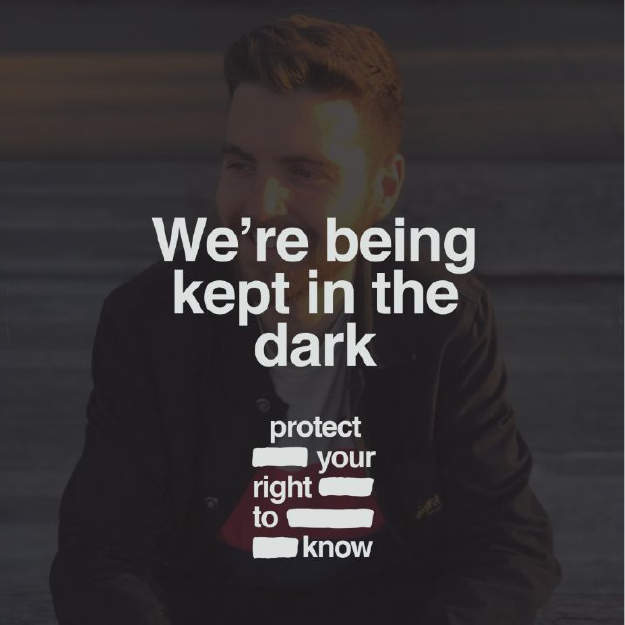 Take a selfie of yourself alone or with your workmates holding this sign, then share it to your social media channels with the hashtag #RightToKnow. 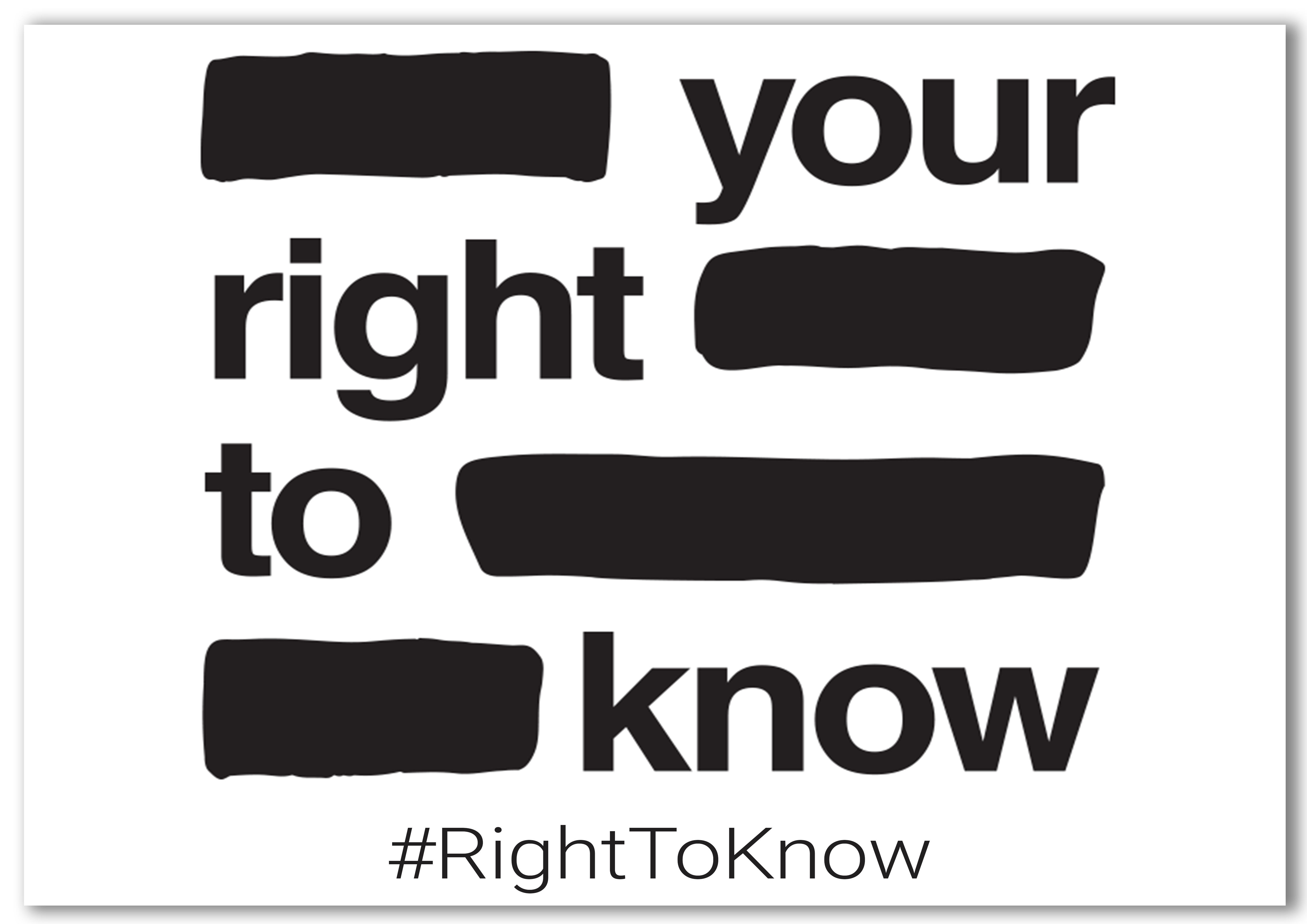