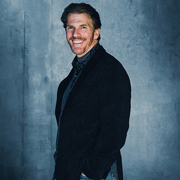 Creator, Actor, Musician and Director, Scott Brewer aka Ryctor has appeared along side veteran actors Ray Liotta and Dominic Purcell in the action thriller Bad Karma. A student of Shakespeare and Stanislavsky's, Scott accredits his training to his mentor the late Stuart Freeman assistant director Mad Max Beyond Thunderdome, Dead Calm, Ground Zero and Priscilla Queen of The Desert. Scott's circuitous route around the globe has been marked by a lot of living: enlisting in the army he became a Red Beret Paratrooper but it was Scott's sporting achievements and gymnastic background that led him to study modern and classical dance at WAAPA, which in turn eventually landed Scott on the television series 'Gladiators' where he became seasons 2's semi finalist. After moving to Queensland in 1995 Scott continued his ballet training under Isa Eye School of Ballet, where he went on to become a fight specialist and acrobatic stunt man in the film and television Industry. Whilst working on films such as The Matrix, Narnia Chronicles Dawn Treader, Bad Karma and Beastmaster, Scott pursued a career as an aerialist performing with his wife on the high wire Motorbike, silks and various other apparatus. '10 Minutes Later' Scott's 1st album gained the attention of Nashville producers, but it was Hollywoods Justin Harvey [Alien Ant Farm, Sugar Ray & Johnny Five] who produced it. After it's launch in 2000 Scott became Australia's first iTunes artist based out of America. After a long hiatus from his music career, due to an Illness that almost claimed Scott's life, Scott has returned even stronger to the industry as the founder of Gena8 Studio's and creator of the Garrison 7 G7 and Dangerman franchises.