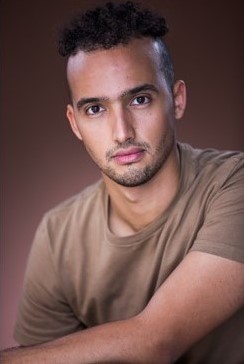 Raphael (he/him) is a Queensland based actor working in film, television and theatre. If you were to describe him in two words they would be Cheese Toastie. He has extensive training for both the stage and screen, including a Bachelor of Fine Arts, Drama at Queensland University of Technology, OnSet Coaching classes with Kristy Sexton, NIDA Open classes, and an acting apprenticeship with Queensland Shakespeare Ensemble. Raphael has performed in iconic venues such as Queensland Performing Arts Centre (QPAC), The Brisbane Powerhouse and Metro Arts. He has performed in theatre for Queensland University of Technology, Slingsby theatre, devised work for Imaginary Theatre company, as well as performed in a theatre in education season of "The Final Days of Bedlam" by David Burton. His most recent film and TV works were being hired for the Amazon Prime/ABC Series "The Wilds", a television commercial for UniLodge and the role of Hunter in 2022 short film "Meet Cute". He can also be seen in the Griffith Film School's "Where Would You Be" and lead role in "Death's Serve". Raphael has been working on theatre and film projects for the past several years, although he is still waiting for a role where he can endlessly devour each food group, meal after meal, in character. Bringing his humor and energy to each project, he is emerging as one of the most exciting new talents.