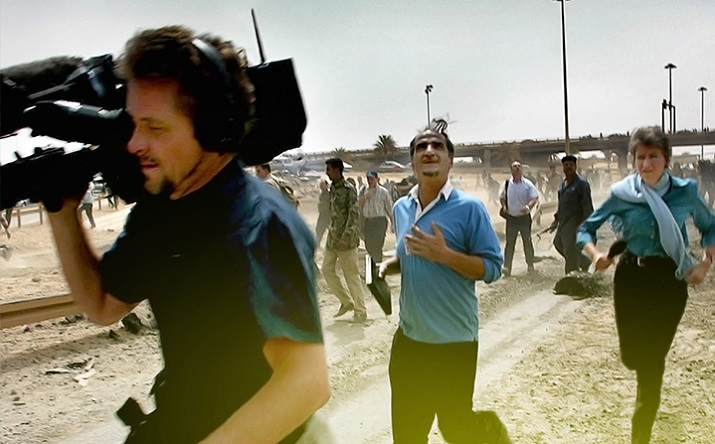 Sydney Opera House - specific venue in SOH to be determined

“We are journalists, and we will not be intimidated. We will shine the light.” – Maria Ressa

Governments across the globe are cracking down on press freedom. Get to know the courageous journalists who are sacrificing everything to tell the truth. Panel discussion with Maria Ressa, Lina Attalah, Irina Borogan, Steve Coll.

Hosted by Peter Greste. Venue to be announced – venues are located within the Sydney Opera House.

Session supported by Judith Neilson Institute for Journalism and Ideas.

Maria Ressa spent two decades working as an investigative reporter and foreign correspondent. In 2012, she co-founded Rappler, an online news platform that has grown into the fourth biggest news website in the Philippines with over 100 journalists. She was among the journalists named TIME Person of the Year 2018. Ressa and Rappler, known for its critical coverage on the Duterte administration, are facing several cases including libel and tax-related charges.

Lina Attalah is an Egyptian media figure and journalist. Attalah is co-founder and chief editor of Mada Masr, an independent online Egyptian newspaper and was previously managing editor of the Egypt Independent prior to its closure in 2013. She is active in the fight against the restriction of honest journalism. TIME magazine recognized her as a New Generation Leader, calling her the “Muckraker of the Arab World.”

Irina Borogan is the deputy editor at Agentura.ru, and the coauthor of The Red Web: The Struggle Between Russia’s Digital Dictators and the New Online Revolutionaries.

Steve Coll is a staff writer at the New Yorker and the dean of the Graduate School of Journalism. For the New Yorker he has written about the education of Osama bin Laden, secret negotiations between India and Pakistan over Kashmir, and the hunt for the fugitive Taliban leader Mullah Mohammad Omar. He was the managing editor of the Washington Post from 1998 to 2005, having earlier been a feature writer, a foreign correspondent, and an editor there; in 1990, he shared a Pulitzer Prize with David Vise for a series on the Securities and Exchange Commission. He is the author of several books including Ghost Wars: The Secret History of the CIA, Afghanistan, and Bin Laden, from the Soviet Invasion to September 10, 2001, for which he won a Pulitzer Prize.

Peter Greste is an Australian journalist and former Al Jazeera correspondent who spent 400 days in an Egyptian prison. He has worked as a correspondent for Reuters, CNN and the BBC, predominantly in the Middle East, Latin America and Africa. His book, Freeing Peter, written with his family who spearheaded an international media campaign to champion his release, was published in 2016. He has since joined the University of Queensland as a Professor in Journalism and Communication.