World Press Freedom Day 2020: reform is needed to protect journalism and the right to know 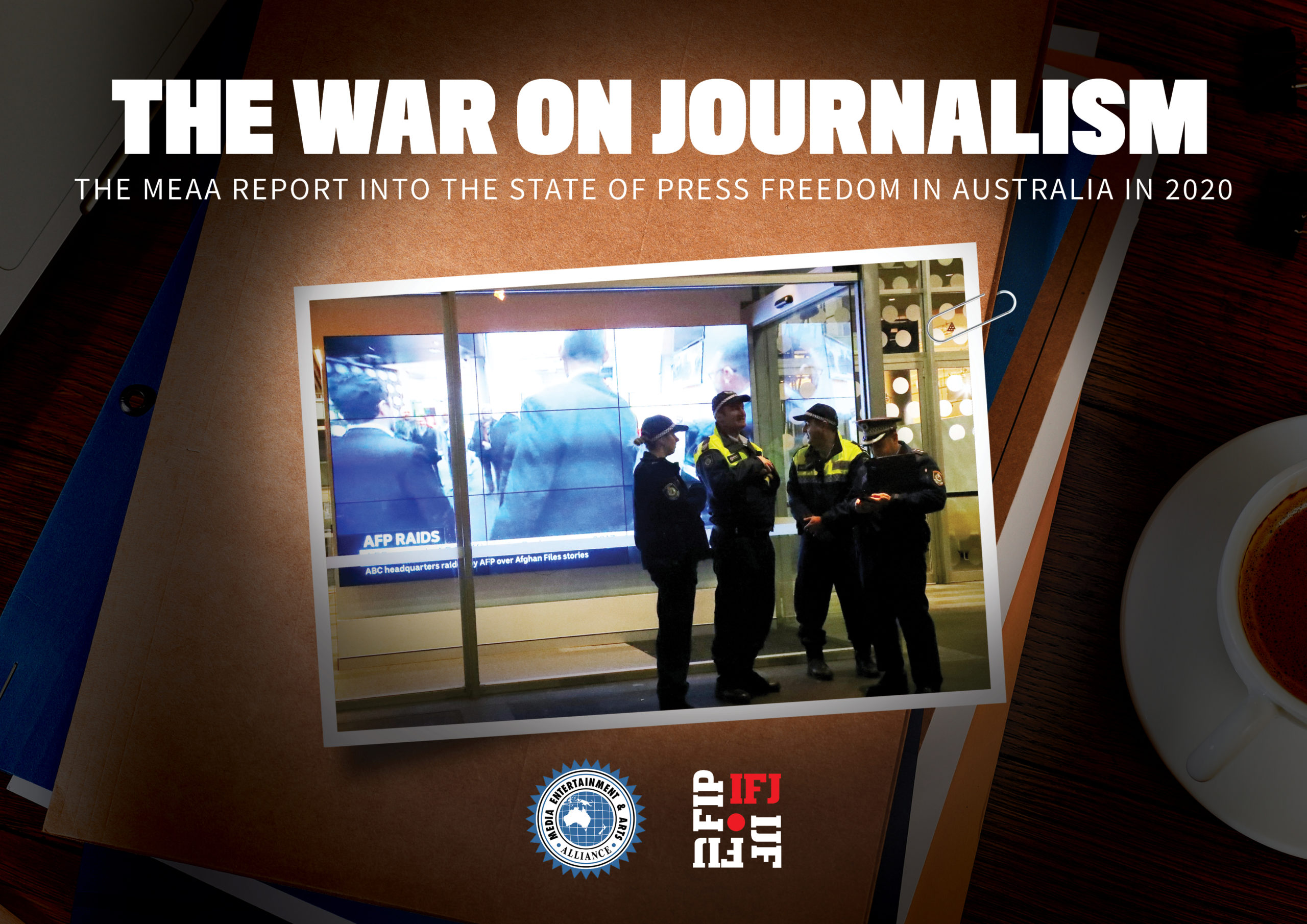 Today is World Press Freedom Day but there is little for us to celebrate here in Australia.

The police raids in June last year on the home of a News Corp journalist and the ABC offices in Sydney were a wake up call to the wider Australian public that our nation’s reputation as a healthy democracy is now at risk because of growing attacks and restrictions on public interest journalism and the right to know.

On World Press Freedom Day, MEAA is calling for serious reforms to reverse a raft of ‘national security’ laws that can be used to criminalise journalism and punish whistleblowers for telling the truth, and which have sent Australia backwards on press freedom.

MEAA has been cataloguing the deterioration of press freedom in an annual report for 15 years. This year’s report is aptly named The War on Journalism, and much space is devoted to analysing how we got to a place where police are raiding journalists’ homes and offices.

These raids were the culmination of almost 20 years of parliament legislating sweeping powers in the name of ‘national security’ which enable government agencies to reach into our homes and offices, into our phones and computers, and intrude into our lives in an effort to control the possession and flow of information.

These laws allow governments to hide information from public view and punish those who reveal that information.  This cloak is also being used to shield the governments from embarrassment.

As a member of the Your Right to Know campaign with major publishers and broadcasters, MEAA is advocating reforms to restore the balance of freedom of information and expression versus the needs of national security. The reforms are:

•  The right to contest the application for warrants for journalists and media organisations;
•  Exemptions for journalists from laws that would put them in jail for doing their jobs, including security laws enacted over the last seven years;
•  Public sector whistleblowers must be adequately protected – the current law needs to change;
•  A new regime that limits which documents can be stamped secret;
•  A properly functioning freedom of information (FOI) regime; and
•  Defamation law reform.

Journalists are not above the law but bad laws must be reformed if freedom of expression, and press  freedom, is to be upheld.

At stake is not just Australia’s reputation but also our ability to function as a healthy democracy that respects the human rights of its people.

On World Press Freedom Day, we also call for the release of all imprisoned journalists around the world who are in detention for shining the light on public-interest information that governments would rather keep secret, including MEAA members Julian Assange and Yang Hengjun.

The War on Journalism: the MEAA Report into the State of Press Freedom in Australia in 2020 is available at pressfreedom.org.au

A printable .pdf version of the report is available to download here.