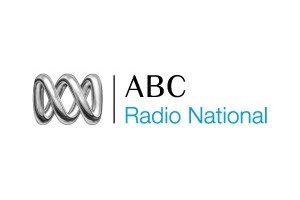 MEAA members at the ABC are deeply concerned at the latest cuts and are particularly disappointed that such a major management decision was released via press release, without any real consultation with the staff or audience members.

The proposal appears at odds with recent assurances given by Guthrie to federal senators that no programming changes at RN were being considered.

What now seems obvious is that today’s loss of skilled content makers will have major editorial impacts on specialised broadcast areas like religion and performing arts.

This follows the axing of ABC TV’s Catalyst half-hour episodes, and the sacking of a highly skilled and knowledgeable in-house team that created them. As the reaction from the scientific community has demonstrated with 70 prominent scientists urging the decision be reversed, this high-handed approach is alienating the ABC’s audiences and the public.

These most recent cuts also come at a time when all ABC journalists, presenters and content makers are working cleverly to produce quality digital content, which is breaking records in reaching new audiences.

As a result, over the last decade, audiences have witnessed the loss of much specialist TV, radio and digital content – both at home and in our Asian region. Continual cuts are eroding the ability of the ABC to produce quality content and properly serve it’s Charter.

Instead of window-dressing cuts as a digital strategy, Michelle Guthrie should now acknowledge that the penny-pinching at RN comes at a huge social cost.

While reaching out to all Australians, the ABC also has an particular obligation to serve audiences who are not, and would not be, addressed by mainstream commercial media outlets. These audiences, while sometimes comparatively small, place a very high value on the unique content the ABC produces.

MEAA calls on the ABC’s managing director to reverse this decision, and to protect the delivery of performing arts, religion and other specialised broadcasting programs to the Australian public.

With speculation and media reports that the ABC executive is also considering axing ABC Classic FM, MEAA is also calling on the managing director to reveal her future strategy for the ABC, and whether further restructures and cuts in content-making areas are imminent.

While acknowledging budgets are finite and hard decisions sometimes need to be made, we demand deeper consultation with management on future change proposals and for more constructive, open discussion about their impacts on staff, audiences and the ABC’s Charter obligations.