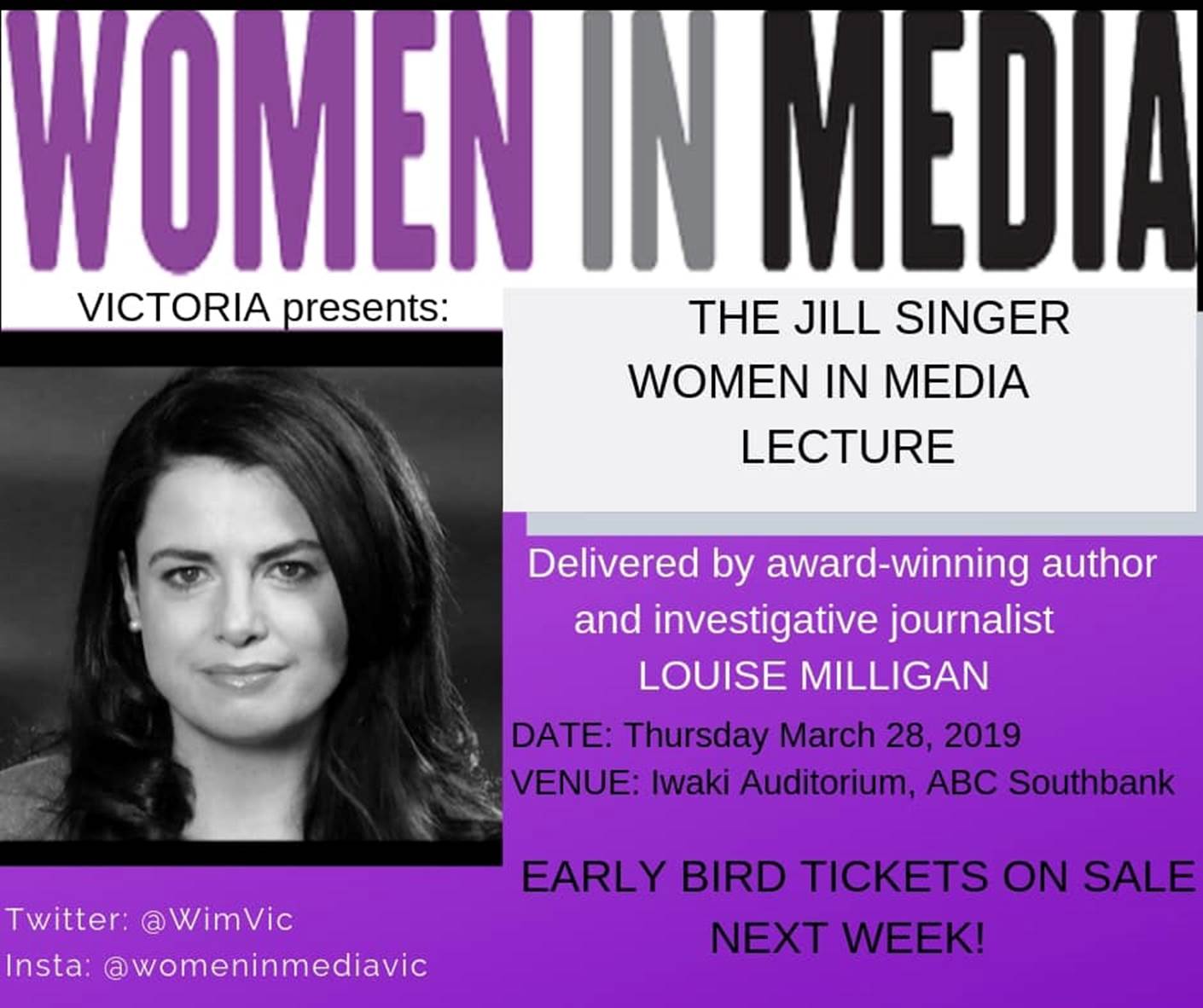 The Jill Singer Women in Media lecture will be held in honour of Walkley-award winning Victorian journalist and educator Jill Singer, who died at the age of 60 in 2017 after a distinguished career.

Louise Milligan won a Wakley in 2017 and last year helped produced a compelling piece which put sexual consent on trial called I’m Am That Girl for ABC’s Four Corners, which picked up the Walkley Award for public service.

The lecture will address the role of the media and the challenges women face in the industry.

Invite your friends, your colleague and your boss to be part of this inaugural event.