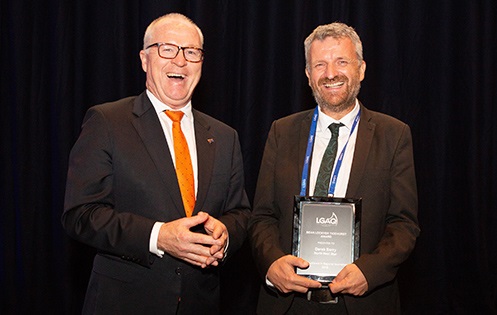 If you know someone doing great work telling vital stories from rural and remote Queensland, please let them know entries in the $15,000 Bean Lockyer Ticehurst Award for Excellence in Regional Journalism close on August 31.

Entry details are available here and the winner will be announced at October’s Local Government Association of Queensland Annual Conference in Cairns.

2019 will be the Award’s eighth year dedicated to showcasing excellence in reporting in regional Queensland. The award is aimed at highlighting the importance of rigorous reporting and analysis of government business decisions affecting Queensland communities. With one of the highest cash prizes on offer in Australian journalism awards, and with no entry fee required, the LGAQ Journalism Award is a prestigious and lucrative opportunity for journalists designed to highlight and draw attention to journalistic excellence in Queensland.

This regional award honours the work of Australian Broadcasting Corporation figures John Bean, Paul Lockyer and Gary Ticehurst, who lost their lives in a helicopter accident during 2011.

John Bean, Paul Lockyer and Gary Ticehurst were a well-liked and deeply respected crew out in the regions where they spent a lot of their time.

Their loss sparked an outpouring of dismay from regional leaders who knew the huge contribution they made to ensuring regional Queensland was given a voice and recognised for the contribution it made to public life.

The LGAQ commemorates them each year with this award for excellence in regional journalism and to encourage other journalists to adopt the doggedness and professionalism for which they were known.